The 20th in the DCI Banks series, Bad Boy is arguably not Robinson’s best and certainly not one to start with if you’re not a pre-existing fan of the series. Absent for much of the novel, it lacks Banks narrative and instead his partner DI Anne Cabbot and his daughter Tracy are thrust into the spotlight. The interesting turn of events and untraditional story should be enough to keep his die-hard fans reasonably happy.

Banks isn't back, and that's the problem. If DCI Alan Banks had been in his office when his old neighbour came calling, perhaps it would have turned out differently. Perhaps an innocent man would still be alive. And perhaps Banks's daughter wouldn't be on the run with a wanted man. But Banks is on holiday, blissfully unaware of the terrible chain of events set in motion by the discovery of a loaded gun in a young woman's bedroom, and his daughter's involvement with the ultimate bad boy ...

'Brilliant! ... Gut-wrenching plotting, alongside heart-wrenching portraits of the characters who populate his world, not to mention the top-notch police procedure.'
Jeffery Deaver

'Superbly cinematic from the beginning to the explosive finale, this would be a thrilling movie.'
Joseph Wambaugh

'A masterclass in the organisation of narrative'
Barry Forshaw, Independent

Peter Robinson grew up in Yorkshire, and now divides his time between Richmond and Canada.  There are twenty-two books in the bestselling DCI Banks series – the critically acclaimed crime novels have won numerous awards in Britain, the United States, Canada and Europe, and are published in translation all over the world.

More About Peter Robinson
Add To Wishlist
Buy from our bookstore and 25% of the cover price will be given to a school of your choice to buy more books. 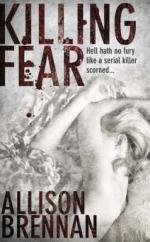 Deeper Than the Dead

A Land More Kind Than Home