I am glad it has been a few years since The Time Traveler’s Wife for else one might be tempted to compare this to that rare book.  Don’t get me wrong, this is wonderful too, and very clever. It’s easier to follow, nicely spooky and chilling at the end.

Exploring themes of love, loss and identity, it is a 21st century ghost story set largely in London and concerns twins and their unusual inheritance.  A remarkable book, a touch disturbing but beautifully executed.

At last - another brilliant, original and moving novel from the author of The Time Traveler's Wife . Julia and Valentina Poole are normal American teenagers - normal, at least, for identical 'mirror' twins who have no interest in college or jobs or possibly anything outside their cozy suburban home. But everything changes when they receive notice that an aunt whom they didn't know existed has died and left them her flat in an apartment block overlooking Highgate Cemetery in London. They feel that at last their own lives can begin ...but have no idea that they've been summoned into a tangle of fraying lives, from the obsessive-compulsive crossword setter who lives above them to their aunt's mysterious and elusive lover who lives below them, and even to their aunt herself, who never got over her estrangement from the twins' mother - and who can't even seem to quite leave her flat...With Highgate Cemetery itself a character and echoes of Henry James and Charles Dickens, Her Fearful Symmetry is a delicious and deadly twenty-first-century ghost story about Niffenegger's familiar themes of love, loss and identity. It is certain to cement her standing as one of the most singular and remarkable novelists of our time.

What To Read After Her Fearful Symmetry 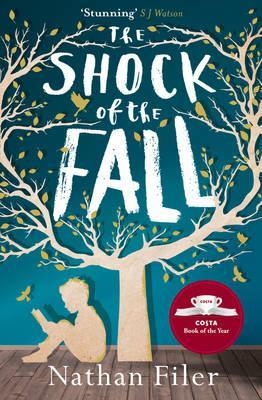