Thrilling and thought-provoking in equal measure, this is a novel about hope and survival. Set in an imaginatively (yet, quite possibly realistic) created Glasgow of the future (It’s 2099) and beautifully written in stark, yet simple and lyrical prose. Don’t think of the novel as science fiction or fantasy just because it’s set in the future for this is a book that should be read by all for given the current serious discussions on climate change and its consequences, it could well be very relevant to our whole future. We've picked this out from the crowd as the sequel - Zenith- to it is published later this month and for all those who've yet to read this one, we thought we should give you the chance to do so.

A lyrical, sweeping, epic story of survival against the odds - from one of Britain's most exciting young writers. It is 2099 - and the world is gradually drowning, as mighty Arctic ice floes melt, the seas rise, and land disappears forever beneath storm-tossed waves. For 15-year-old Mara, her family and community, huddled on the fast-disappearing island of Wing, the new century brings flight. Packed into tiny boats, a terrifying journey begins to a bizarre city that rises into the sky, built on the drowned remains of the ancient city of Glasgow. But even here there is no safety and, shut out of the city, Mara realizes they are asylum-seekers in a world torn between high-tech wizardry and the most primitive injustice. To save her people, Mara must not only find a way into the city but also search for a new land and a new home... 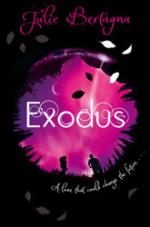 Julie Bertagna is an award-winning writer for children and young adults who also writes freelance features for the Scottish press. She lives in Glasgow and her new novel, Zenith, sequel to the highly-acclaimed Exodus, which was shortlisted for the Whitbread children's prize, has just been published. 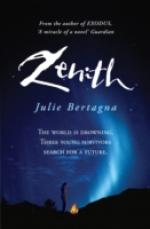 View All Books By Julie Bertagna