This penetrating, comprehensive, and insightful book opens a window to the Second World War and Audrey Hepburn’s life before she became a movie star.

Thoughtfully, in fact beautifully handled, this is an absolutely fascinating look at the early life of Audrey Hepburn as she lived through the Nazi occupation of the Netherlands. Ask me to name my favourite Movie Stars and Audrey Hepburn would appear. I have watched her films and read biographies detailing her life, she made a difference both with her art and her humanitarian work. This book takes you to the time before she became a movie star, a time that has previously been invented and misinterpreted in accounts. In Dutch Girl, the detailed historical explanation of the Second World War flows over and around Audrey, allowing you to see just why and how she became the woman so much admired around the world. The foreword by Audrey’s son Luca Dotti actually tells you everything you need to know about this biography, he thanks author Robert Matzen, calling the book a true gift. The preface tells you a little about the meticulous research carried out for Dutch Girl, Robert Matzen says that his investigation took many twists and turns and also provided surprising answers. He has located quotes from Audrey about the Second World War, has included new interviews, and used archives to form a detailed, compelling account. The photos are fascinating and act as a visual support to what is already a vivid biography. Entering this book enables you to touch history, to feel the effects of the war as it would have affected Audrey. If you’re just looking for glitz and glamour you most certainly won’t find it here. Dutch Girl is the most compassionate and wise book, it takes you beyond and behind the image of the Hollywood star, to what lay beneath.

25 years after her passing, Audrey Hepburn remains the most beloved of all Hollywood stars. Several biographies have chronicled her stardom, but none has covered her intense experiences through five years of Nazi occupation in the Netherlands. According to her son, 'The war made my mother who she was.' Audrey Hepburn's war included participation in the Dutch Resistance, working as a doctor's assistant during the 'Bridge Too Far' battle of Arnhem, the brutal execution of her uncle, and the ordeal of the Hunger Winter of 1944. She also had to contend with the fact that her father was a Nazi agent and her mother was pro-Nazi for the first two years of the occupation. Audrey's own reminiscences, new interviews with people who knew her in the war, wartime diaries, and research in classified Dutch archives shed light on the riveting, untold story of Audrey Hepburn under fire in World War II.

What To Read After Dutch Girl 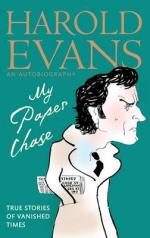 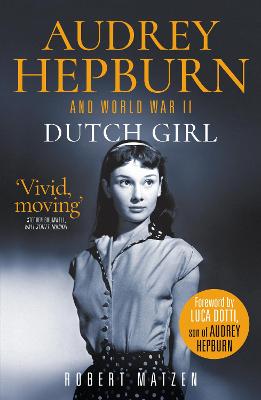 View All Books By Robert Matzen