LoveReading Expert Review of For Any Other Truth

With a fabulous cast and intricate plot, this crime novel also packs a punch on the emotional front too.

A twisty, intricate, and action-packed crime novel based in Scotland full of schemes, intrigue, and shenanigans. This is the ninth book in the DCI Daley series, which started with the truly fabulous Whisky from Small Glasses. Denzil Meyrick has also penned a collection of linking short stories in One Last Dram Before Midnight, and has stepped back into the past of one of my favourite characters in a tale from Kinloch, in A Large Measure of Snow. In other words, there is a fascinating world awaiting you if you’ve not yet visited Kinloch. Kick-starting straight into action, a crash-landing plane heralds chaos and change. Climate protestors, politics, blackmail, and greed all feature and sub-plots run amok, gleefully getting under the feet of Daley and Scott. This pairing is the glue that holds the series together, yet the other characters are wonderful creations in their own right. Hamish and Annie are much loved, and you may find yourself reading between your fingers at certain parts! For Any Other Truth demands that you keep on your toes as it splinters thoughts and catches emotions unawares.

For Any Other Truth Synopsis

When a light aircraft crash-lands at Machrie airport, DCI Jim Daley and his colleague Brian Scott rush to the scene. But it soon becomes clear that both occupants of the plane were dead before take-off ...

Meanwhile in Kinloch, local fisherman Hamish is unwittingly dragged into danger when he witnesses something he shouldn't, and hotel manager Annie is beginning to suspect her new boss may not be as he first appeared.

And just as Chief Superintendent Carrie Symington thinks she has finally escaped the sins of her past, she finds herself caught in an even deadlier trap.

As the action spills across the sea to County Antrim - all under the scrutiny of the Security Service - the search is on for any other truth.

What To Read After For Any Other Truth 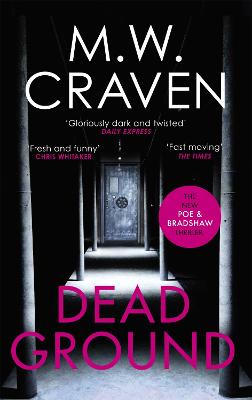 'a fine example of tartan noir, superior to most of the genre' - The Scotsman on the DCI Daley Series

'in high demand across the globe ... A runaway hit. Readers instantly warm to Daley' - Daily Mail on the DCI Daley Series 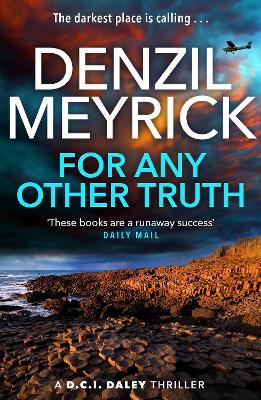