An unsolved ten year old kidnapping case is highlighted in this intelligent, enthralling and explosive crime thriller set in Norway.

An incredibly smart, taut, and pacy crime thriller set in Norway. An unsolved kidnapping thrusts itself back into play when police officer Alexander Blix and investigative journalist and blogger Emma Ramm are caught up in an explosion on New Years Eve in Oslo. The Blix and Ramm Series is a blast of pure reading entertainment from Jorn Lier Horst and Thomas Enger, internationally best-selling Norwegian authors who joined forces to create this series. Death Deserved was a cracking start and Smoke Screen just cements this pair as a formidable writing duo. I also just want to do a shout out to translator Megan Turney, this is so easy to read that I didn’t stop to think that it was translated. The immediate hook at the start set my mind racing, and it didn’t let up until the end. Flashbacks are effectively used to highlight important back stories. The two main characters are independently interesting and capable of carrying the tale, and the links from each of their plot lines gradually fuse together to create an explosive end. Smoke Screen is an enthralling continuation in a series that I can highly recommend.

When the mother of a missing two-year-old girl is seriously injured in a suspected terrorist attack in Oslo, crime-fighting duo Blix and Ramm join forces to investigate the case, and things aren't adding up ... The second instalment in the addictive, atmospheric, award-winning Blix & Ramm series.

Oslo, New Year's Eve. The annual firework celebration is rocked by an explosion, and the city is put on terrorist alert.

Police officer Alexander Blix and blogger Emma Ramm are on the scene, and when a severely injured survivor is pulled from the icy harbour, she is identified as the mother of two-year-old Patricia Smeplass, who was kidnapped on her way home from kindergarten ten years earlier ... and never found.

Blix and Ramm join forces to investigate the unsolved case, as public interest heightens, the terror threat is raised, and it becomes clear that Patricia's disappearance is not all that it seems...

What To Read After Smoke Screen 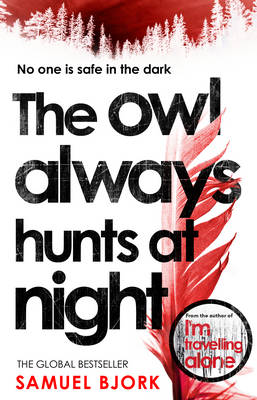 'An exercise in literary tag-teaming from two of Norway's biggest crime writers with a bold new take ... a series with potential' Sunday Times 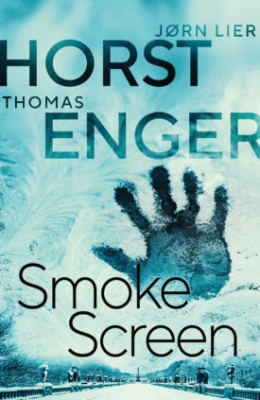 Jorn Lier Horst and Thomas Enger are the internationally bestselling Norwegian authors of the William Wisting and Henning Juul series respectively. Jorn Lier Horst first rose to literary fame with his No. 1 internationally bestselling William Wisting series. A former investigator in the Norwegian police, Horst imbues all his works with an unparalleled realism and suspense. Thomas Enger is the journalist-turned-author behind the internationally acclaimed and bestselling Henning Juul series. Enger's trademark has become a darkly gritty voice paired with key social messages and tight plotting. Besides writing fiction for both adults and young adults, Enger also works as a music ...