LoveReading View on The Coroner's Lunch

There will be comparisons to Alexander McCall Smith’s No.1 Ladies Detective Agency but this new series is different in many ways. The fascinating thing is that the books are set in Laos in 1976, a time and place rarely explored in modern fiction so not only do you get a great detective book but also an interesting history from that time and place. Great stuff.

Laos, 1976. The monarchy has been deposed, the Communist Pathet Lao have taken over. Most of the educated class has fled, but Dr Siri Paiboun, a Paris-trained doctor remains. And so this 72-year-old physician is appointed state coroner, despite having no training, equipment, experience or even inclination for the job. But the job’s not that bad and Siri quickly settles into a routine of studying outdated medical texts, scrounging scarce supplies, and circumnavigating bureaucratic red tape to arrive at justice. The fact that the recently departed are prone to pay Siri the odd, unwanted nocturnal visit turns out to be an added bonus in his new line of work.

But when the wife of a party leader turns up dead and the bodies of tortured Vietnamese soldiers start bobbing to the surface of a Laotian lake, all eyes turn to Siri. Faced with official cover-ups and an emerging international crisis, the doctor enlists old friends, village shamans, forest spirits, dream visits from the dead – and even the occasional bit of medical deduction – to solve the crimes.

‘This series kickoff is an embarrassment of riches: Holmesian sleuthing, political satire and droll comic study of a prickly late bloomer.’ Kirkus Reviews 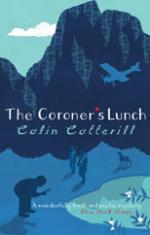 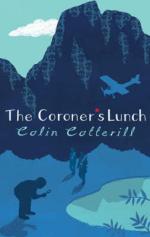 Colin Cotterill was born in London and trained as a teacher and set off on a world tour that didn't ever come to an end. He worked as a Physical Education instructor in Israel, a primary school teacher in Australia, a counselor for educationally handicapped adults in the US, and a university lecturer in Japan. But the greater part of his latter years has been spent in Southeast Asia. Colin has taught and trained teachers in Thailand and on the Burmese border. He spent several years in Laos, initially with UNESCO and wrote and produced a forty-programme language teaching series; ...

View All Books By Colin Cotterill