More than any other canonical English writer, Geoffrey Chaucer lived and worked at the centre of political life—yet his poems are anything but conventional. Edgy, complicated, and often dark, they reflect a conflicted world, and their astonishing diversity and innovative language earned Chaucer renown as the father of English literature. Marion Turner, however, reveals him as a great European writer and thinker. To understand his accomplishment, she reconstructs in unprecedented detail the cosmopolitan world of Chaucer’s adventurous life, focusing on the places and spaces that fired his imagination.

Finalist for the PROSE Award in Biography and Autobiography, Association of American Publishers [I]n Marion Turner's brilliant 'Chaucer: A European Life,' you will learn not only about the life of the man behind 'The Canterbury Tales,' you will learn about the bustling, fast-changing world in which he lived and traveled . . . if you are interested in history, poetry or the man who invented iambic pentameter, it's fascinating. ---Laurie Hertzel, Minneapolis Star Tribune [A] great swirl of a biography, one more capacious and more ranging than any of its predecessors. . . . [Chaucer: A European Life] proclaims a hope to bring this canonical medieval poet to life before a broad, modern audience. ---Joe Stadolnik, Los Angeles Review of Books Turner's study is itself like a medieval book. It loves exhaustive detail; it loves a careful architectural design; and it is not afraid of exhausting its readers. It's a biography full of rich detail . . . securely grounded in the material and cultural world, instead of the conventional focus on the singular voice of a solitary poetic genius. ---Stephanie Trigg, Sydney Morning Herald A European Life feels to me like a radical new take on a man we thought we knew, but whose sophisticated business, military and political career took him criss-crossing the continent. ---Andrew Marr, Start the Week, BBC Radio 4 It feels as though new light is genuinely being shed on Chaucer's life, combining documentary material with sure-footed interpretations of his works, what we know of the people and places he encountered, and social and economic history . . . . The result is a three-dimensional picture of Chaucer from the outside in. ---Laura Ashe, History Today What wonders Turner can work with a word! . . . . I find it difficult to stop quoting Turner, since she puts the life she is following into such intricate yet accessible prose. You need to stick with this long biography to fully absorb the point toward which she is headed. In other words, it becomes a journey just like the many trips Chaucer took for himself and others. ---Carl Rollyson, University Bookman Marion Turner has had the inspired idea of organising her biography by the places [Chaucer] occupied . . . . So many places, so many points of view. Chaucer's modernity consists in his adoption of many perspectives. This biography provides a wonderful illumination of his art. - Country Life Magazine

A hugely illuminating book. This is one of those studies that academics like to call 'magisterial', but non-specialists will find much to enjoy here too. Turner's writing is never less than perspicacious, and often slyly humorous. . . . What A European Life does particularly well is to situate Chaucer in the largeness and complexity of his world. ---Tim Smith-Laing, The Telegraph (five star review) [Turner's] enormous contribution to our comprehension of Chaucer's moves and maneuvers within his culture will alter scholarly contexts. ---John L. Murphy, PopMatters Marion Turner's exciting new biography explores in breathtaking detail the spaces and places that shaped the imaginative world of this great Anglo-European poet . . . . this momentous biography gives readers a new perspective on the personal authorial journey that culminated in The Canterbury Tales. Turner has produced a stylishly written and carefully crafted book, at times humorous and always lucid, lively, and engaging. ---Clare Egan, BBC History Magazine Magnificently scholarly. ---Sam Leith, The Spectator One of the Sunday Times' Best Literary Books of 2019 [Chaucer's] life in its European context. Fresh glimpses of the great man are everywhere: perhaps most strikingly an account of the instagrammable teenaged Chaucer posing as aristocratic eye candy in a skimpy outfit called a 'paltok', which failed to cover his backside. Oddsbodkins! ---James Marriott, The Times [A] wholly beguiling, original, vividly written appreciation of the hugely innovative author and his rich cultural and political European background. A parable for our time? ---Robert Fox, Evening Standard [Turner's] expansive book is written with an unusual mix of erudition, clarity, and wit: it will be required reading for specialists, an invaluable resource for students, and a rich introduction to Chaucer's world for the general reader. . . .[Turner's] generous and humane vision is deeply appealing, and offered with a warmth that is hard to resist-a welcome invitation to all of us to broaden our horizons. ---Philip Knox, Review of English Studies This meaty new biography is likely to be the best book on the subject for decades to come. ---Steve Donoghue, Open Letters Review [Turner has] read his work so intelligently, that even those who thought they knew it all already will find themselves looking at Chaucer with completely fresh eyes. She evokes the times, the politics, the personalities of his contemporaries and, above all, she gets inside this most ironical and brilliant of poets. . . . The book was so richly enjoyable that, once I had finished, I started to read all over again. It is an absolute triumph. ---A. N. Wilson, Times Literary Supplement One of The Times' Best Literary Non-Fiction Books of 2019 A meticulously researched, well-styled academic study showing Chaucer as the 'consummate networker.' - Kirkus

Marion Turner carves out a space for another biography by locating the facts of Chaucer's professional and writing life within the context of English and European history and material culture...This is a strong biography, well suited to the needs and interests of our own Chaucerian moment. ---Lynn Staley, Studies in the Age of Chaucer Chaucer's first female biographer provides a fresh, modern perspective, memorably showing us the great poet as a young man dressed by his employer in a skimpy garment designed to emphasise the genitals and buttocks. A richly textured account and an essential addition to Chaucerian scholarship. ---Claire Lowdon, Sunday Times Turner charts an uncannily tangible route through Chaucer's life, binding his ideas and poems to precise locations, often enlivening it with consummate detail. . . . Chaucer: A European Life serves as a compass that allows readers to traverse Chaucer's London and Europe. At the same time, reading Turner's book makes us aware of how much our own lives are shaped by the rooms we inhabit and the places we visit. . . . Chaucer: A European Life introduces the 21st century to Chaucer and Chaucer to the 21st century ---Sebastian Sobecki, Literary Review Chaucer has not lacked for biographies, but Marion Turner's is of a rare ambition and competence . . . [A] very substantial book . . . sustained by a confident erudition and a powerful and controlled narrative flow. ---John V. Fleming, First Things [Turner pays] carefully nuanced attention to the significance of the places visited, to the mixture of cultures they accommodated, and to the range of experiences they offered to a traveller from London. . . . [Turner's] processes of expansion, and of interweaving the life with the works, make for enjoyable and consistently informative reading. . . . Although the book's European emphasis and concluding gestures to the here and now insist on its timeliness, its real focus is on understanding Chaucer's world through the variety of that world's records and its remains, and through the imaginative reflection of it in Chaucer's works. ---Julia Boffey, Times Literary Supplement Marion Turner's splendid new biography of the poet . . . is wonderfully evocative. [A] magisterial intellectual biography. ---Bruce Whiteman, Hudson Review A Choice Outstanding Academic Title of the Year In Marion Turner's capacious biography - the first since Derek Pearsall's in 1992 and the first ever by a woman - Chaucer is Bakhtinian and plural, a man of many voices. Much like his Canterbury pilgrims, he is always en route but never arriving. . . . Fittingly, she ends by rejecting the image of Chaucer as the 'father of English poetry' and finds his legacy instead in the suppressed and marginalised voices that he licensed to speak. ---Barbara Newman, London Review of Books One of the Times Literary Supplement's Books of the Year 2019 In this fine biography, Marion Turner gives us new images of the poet. Turner's biography takes us from birth to death, but focuses on the spaces through which Chaucer moved, in reality and in poetic imagination. This is a clever move, and Turner's technique means that the poet's works can be woven organically into an account of his life. The book is elegantly written, accessible to the general reader as well as the scholarly specialist. In suggesting further questions and presenting an array of new images, Turner's book gives us back an image of Chaucer more melancholy and mercurial than the cosy figure we thought we knew. ---Mark Williams, The Times A rich, thought-provoking and readable work of scholarship. . . . [Turner] has forged a new kind of biography. . . . Her work promises to be definitive for some time to come. ---Mary Wellesley, Times Higher Education Marion Turner has done a magnificent job. . . . I do not expect to see this biography superseded. ---Paul Dean, New Criterion - 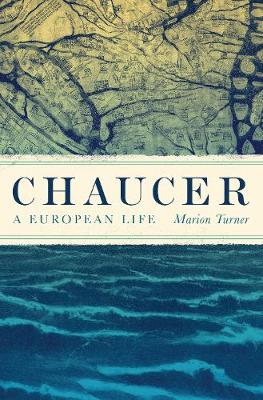 Marion Turner is associate professor of English at Jesus College, University of Oxford.

View All Books By Marion Turner