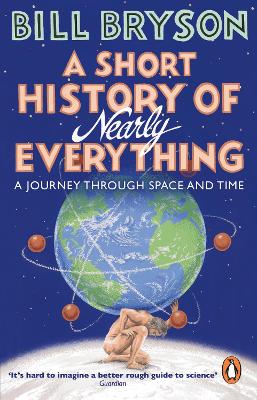 A Short History of Nearly Everything

From the Big Bang to today, science through history stories, which is so easy to read it becomes both fun and compulsive.  With the addition of some glorious illustrations, it becomes even more entertaining and a stunning gift.

A Short History of Nearly Everything Synopsis

The ultimate eye-opening journey through time and space, A Short History of Nearly Everything is the biggest-selling popular science book of the 21st century and has sold over 2 million copies. 'Truly impressive...It's hard to imagine a better rough guide to science.' Guardian 'A travelogue of science, with a witty, engaging, and well-informed guide' The Times Bill Bryson describes himself as a reluctant traveller, but even when he stays safely at home he can't contain his curiosity about the world around him. A Short History of Nearly Everything is his quest to understand everything that has happened from the Big Bang to the rise of civilization - how we got from there, being nothing at all, to here, being us. Bill Bryson's challenge is to take subjects that normally bore the pants off most of us, like geology, chemistry and particle physics, and see if there isn't some way to render them comprehensible to people who have never thought they could be interested in science. As a result, A Short History of Nearly Everything reveals the world in a way most of us have never seen it before.

'A thoroughly enjoyable, as well as educational, experience. Nobody who reads it will ever look at the world in the same way again'
William Hartston
Daily Express

Bill Bryson was born in Des Moines, Iowa, in 1951. He settled in England in 1977, and lived for many years with his English wife and four children in North Yorkshire. He and his family then moved to America for a few years but have now returned to the UK. He is the bestselling author of The Lost Continent, Mother Tongue, Neither Here Nor There, Made in America, Notes From a Small Island, A Walk in the Woods, Notes From a Big Country, Down Under and, most recently, A Short History of Nearly Everything. He is also the author of the bestselling African Diary (a charity book for CARE International).

More About Bill Bryson
Add To Wishlist
Buy from our bookstore and 25% of the cover price will be given to a school of your choice to buy more books.

A Strange Business Making Art and Money in Nineteenth-Century Britain 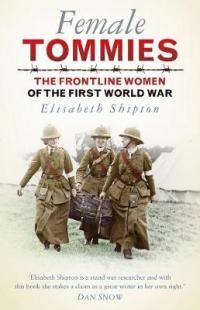 Female Tommies The Frontline Women of the First World War

The Battle of the Atlantic How the Allies Won the War 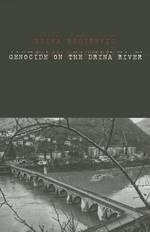 Genocide on the Drina River

Things I Have Withheld 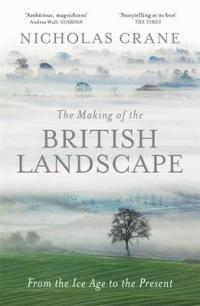