An incredibly dramatic, graphic and gripping start to a new series. This isn’t just an introduction though, it’s a fabulous full serving in its own, very distinctive right. 15 years ago Kate Marshall solved a high profile murder case and very nearly became a victim herself, now, a copycat killer is on the loose, determined to finish the job. The beginning takes us back to 1995, within a few pages there is a real sense of Kate, and the case. Chapter two is incredibly stark, making me flinch before things seriously kicked off. I was glued to the pages, and read the whole book in one sitting. If you are a little squeamish, then be warned, there are some darker than dark, vivid and violent incidents ahead of you. Personally, I didn’t feel it was overly sensational though, as it felt all too real! Robert Bryndza really has set the scene for a fabulous new series. Fierce, startling and incredibly readable, Nine Elms comes as highly recommended from me.

From the breakthrough international bestselling author of The Girl in the Ice, a breathtaking, page-turning novel about a disgraced female detective's fight for redemption. And survival.

Kate Marshall was a promising young police detective when she caught the notorious Nine Elms serial killer. But her greatest victory suddenly became a nightmare.

Fifteen years after those catastrophic, career-ending events, a copycat killer has taken up the Nine Elms mantle, continuing the ghastly work of his idol.

Enlisting her brilliant research assistant, Tristan Harper, Kate draws on her prodigious and long-neglected skills as an investigator to catch a new monster. But there's much more than her reputation on the line: Kate was the original killer's intended fifth victim . . . and his successor means to finish the job.

A heart-pounding series launch from Bryndza . . . Readers will look forward to seeing more of the complex Kate - Publishers Weekly

Bryndza's characters are so vividly drawn - even the slightest character - and fully human and uniquely imperfect. His plots are clever and original and cool and his sense of timing is excruciatingly flawless. Nine Elms is Robert Bryndza spreading his already formidable wings to thrilling effect -- Augusten Burroughs, author of RUNNING WITH SCISSORS

So chilling, with truly terrifying characters and a hard-hitting storyline that is gripping from start to finish. I will wait with bated breath for the next Kate Marshall thriller -- Rachel Abbott, author of AND SO IT BEGINS

Bryndza is my type of author and Nine Elms is my type of book. Twisty, dark and layered with a protagonist you root for from page one, this is a superb start to what promises to be another stand out series -- M. W. Craven, author of THE PUPPET SHOW 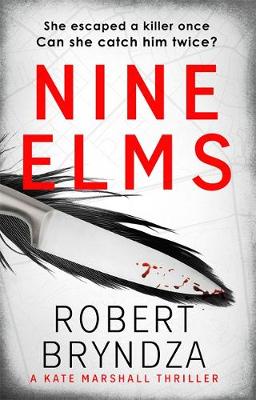