Berlin in 1960 is a city that is very much still trying to cope with the after-effects of World War II and the subsequent division between East and West. Among those trying to pick up the pieces are Angelika and Christian, a brother and sister whose childhood was torn apart by Russian soldiers, and Max, Bastian and Ottilie, police officers who are investigating a series of brutal murders. I found this book to be really gripping and moving on many levels. The murder scenes were very gruesome, which is not always to my taste, but as the story unfolds and the reason behind the vicious way the victims are treated becomes clear, I began to understand why the murderers felt it important for the victims to die that way. Although it was clear from the outset who the murderers were, this didn’t detract from the enjoyment at all – the story was a great interplay between hunter and hunted and brought to light the fact that there is both good and bad in everyone and that sometimes very good people do very bad things that they perceive to be fully justified. The characters were well developed; people who I came to like and to want to know more about, so I hope there will be more books in this series. Issues such as the everyday sexism faced by Ottilie, the ethics of co-workers forming relationships, vagrancy, and the moral issues involved when a crime is committed but even the prosecution sympathises with the actions of the criminal are all sensitively dealt with. Finally, one small touch that I really liked was the technique of giving each chapter a title that was a brief but relevant quotation from Shakespeare.

September 1960. In the Spandauer forest Detectives Max Becker and Bastian Döhl, from the Berlin Kriminalpolizei, find a naked, tortured man tied to a tree. A cryptic message hangs from his neck. When another body appears, Max is sure it won’t be the last. The press dub the killer, Der Waldscharfrichter (The Forest Executioner) and graphic tattoos on the bodies suggest that the victims are Russians with a criminal past.

As more bodies and messages appear, they lead Max and his team to a horrific past event, wounds that run deep in the Berlin psyche, plunging Max into a conflict between his sense of duty and justice. 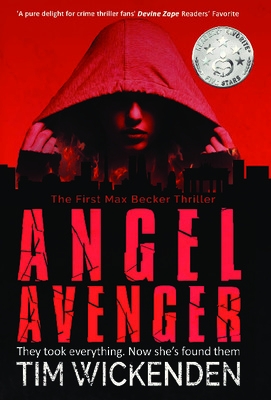 Tim was born in Zimbabwe in 1962. He spent his early years in Zimbabwe, the UK and then Hong Kong. At the age of eight he went off to boarding school in the UK, spending his holidays in Germany, where his father was stationed. He loved the country and its people and in planning to create a new detective series it seemed natural to choose 60s Berlin. He has been writing for many years, including plays: Wilfrid's Sussex (1980), Word Over All (1987); and many short stories, including Girl Hunter (Max Becker), The Helmet and The Heist (Max Becker), Mrs Ruth Backmayer, Last ...