LoveReading View on The Umbrella Men

A witty, globally-scoped exposé of corporate greed and environmentalism told through an absorbing character-rich tale.

Set during the 2008-banking crisis, Peter Mount is the CEO of a small London mining company, a role he likens to “being the ringmaster of a small circus.” His wife of 24 years is a Cambridge zoology graduate, whose predilection for holidays in “expensive resorts in distant locations” and life’s finer, pricier things are not quite sustained by Peter’s income. Then we meet Amy, a New Yorker with a former sizeable carbon footprint who’s “transformed into a dedicated, environmental activist” when the idyll of her retreat in rural Oregon is disrupted by the racket of mining trucks working a few kilometres away from her property.

Astute on the personal, environmental and financial butterfly effects of capitalism, this expansive novel is packed with surprises and reveals the complex and often contradictory interplay between human and economic forces.

A witty and acerbic novel for our times about corporate greed, the hubris of bankers, contradictions of the clean energy economy and their unintended consequences on everyday people. Finance, environmentalism, rare-earth mining and human frailties collide in a complex of flawed motives. We follow Peter Mount, the self-made Chief Executive of a London-based rare-earth mining company as he and his business are buffeted by crisis-torn Royal Bank of Scotland and by his own actions, real and imagined. Meanwhile in Oregon, Amy Tate and her group of local environmental activists do their contradictory part to undermine a component of the green economy, unwittingly super-charged by the Chinese state. The repercussions of events in pristine Oregon are felt in the corporate and financial corridors of New York and London with drastic consequences. This is a deeply involving novel about the current workings of capitalism, miscommunication, causes and unexpected effects, love and survival. 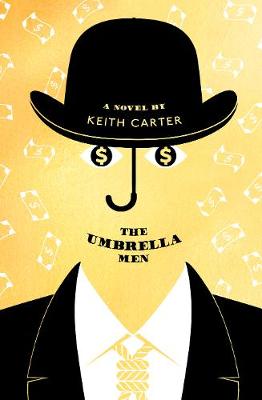 Keith Carter was born in Scotland to a Dutch mother and British father. He read Economics at Cambridge, taking a First in 1981 when he was elected a Scholar - too late to enjoy the privilege of walking on the grass. He worked as an investment banker before going straight and running a small pharmaceutical company. He is now a writer and business consultant and lives in East London with his daughters. He enjoys travel,politics and economics, reading and writing, music, sailing of all kinds and meals with family and friends. Keith suffered a spinal cord injury in March 2018 and ... 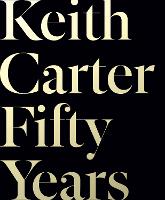 View All Books By Keith Carter