The latest instalment in the eventful days and sleepless nights of the denizens of Slough House is another sheer delight. Following on from 'Slow Horses', 'Dead Lions' and the peripheral 'Nobody Walks' this is another venture into the twilight world of second rate, failed spies isolated by their superiors in the backwaters of Slough House where they are assigned to insignificant duties in the hope they will resign without a fuss only to come across cases which help them regain their dignity and tradecraft. As intricate as Le Carre in its depiction of in-house rivalries and the subtlety of intelligence work but leavened with a healthy dose of humour, and in the figure of Jackson Lamb, head of the unit, a fatter than fat and flatulent boss with a Machiavellian disregard for rules. The novel begins, incongruously, with a rooftop battle between Batman and Spiderman but quickly moves on to rivalries within MI5 and the sad lives of some of the characters while Herron wonderfully blends the thriller element and the humane as he orchestrates a most complex but believable plot like a watchmaker. At times darkly hilarious, at others gripping and intense, this confirms Herron and his series as a future classic. Get on board now. ~ Maxim Jakubowski

London's Slough House is where disgraced MI5 operatives are reassigned to spend the rest of their careers pushing paper. But when one of these fallen spies is kidnapped by a former soldier bent on revenge, the agents must breach the defenses of Regent's Park to steal valuable intel in exchange for their comrade's safety. The kidnapping is only the tip of the iceberg, however, as the agents uncover a larger web of intrigue that involves not only a group of private mercenaries, but also the highest authorities in the Security Service. After years spent as the lowest on the totem pole, the spies suddenly find themselves caught in the midst of a conspiracy that threatens not only the future of Slough House, but of MI5 itself ...

What To Read After Real Tigers 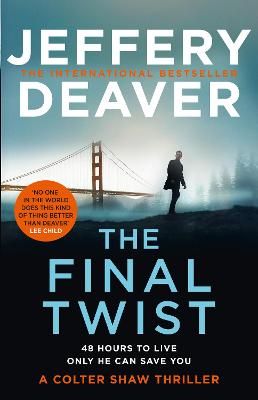 'I absolutely loved Real Tigers. It's a decidedly British spy novel written with distinctly American noir panache. Herron has a natural talent for creating and portraying characters that are instantly understandable, relatable, and more than occasionally despicable. A real treat' Roger Hobbs, author of Ghostman

'Beautiful, wicked writing married to a wonderful black cynicism. You won't want to think the world works like this but Herron's version is horribly persuasive Harry Bingham, author of This Thing of Darkness Damn it, this man's good. This is the espionage game stripped of its posturing and played out without a James Bond or a Jason Bourne in sight, but with a keener wit, a telling conscience, and better jokes. I loved it' Helen Giltrow, author of The Distance

'This tale of rogue spies is brilliantly written, excellently plotted and darkly funny. One of the best crime novels of the year' Martyn Waites, author of The Mercy Seat

'Sizzlingly stylish, ferociously funny and fiercely intelligent, Mick Herron has managed to breathe new life into the spy novel. With its deft, elaborate plotting and brilliantly flawed characters, Real Tigers is one hell of a ride' Stav Sherez, author of Eleven Days

'In Real Tigers, Mick Herron has crafted a truly standout spy thriller. Witty, urbane, filled with acute observations, endlessly quotable lines and a cast of wonderfully jaded agents who I look forward to spending time with for many more books to come. An utter delight' Chris Ewan, author of Safe House 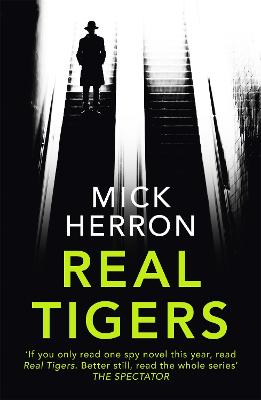 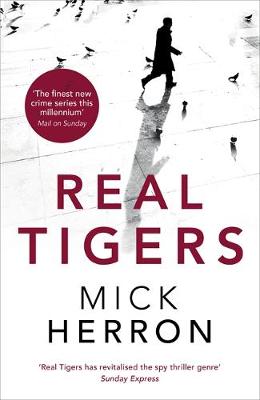