The Girl with a Clock for a Heart

In a Boston bar, George Foss catches sight of a woman from his past, someone he has been trying to forget ever since, as much in love with as in dread of her. When she asks for his help, he is unavoidably drawn into a dizzying maelstrom of intrigue, crime and violence which soon proceeds to destroy his life, piece by piece, day by day. Grown up man seduced into depths of deception by a femme fatale is not a new theme by far, but this modern variation has all the pace of the best genre movies and proves a landslide of emotions, red herrings, colourful villains and breathless action. Betrayal sits on every corner, and beware of women who are both beautiful and not what they seem. Why do men never learn the essential lessons?

The Girl with a Clock for a Heart Synopsis

George Foss never thought he'd see her again, but on a late-August night in Boston, there she is, in his local bar, Jack's Tavern. When George first met her, she was an eighteen-year-old college freshman from Sweetgum, Florida. She and George became inseparable in their first fall semester, so George was devastated when he got the news that she had committed suicide over Christmas break. But, as he stood in the living room of the girl's grieving parents, he realized the girl in the photo on their mantelpiece - the one who had committed suicide - was not his girlfriend. Later, he discovered the true identity of the girl he had loved - and of the things she may have done to escape her past. Now, twenty years later, she's back, and she's telling George that he's the only one who can help her... 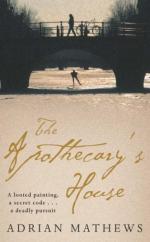