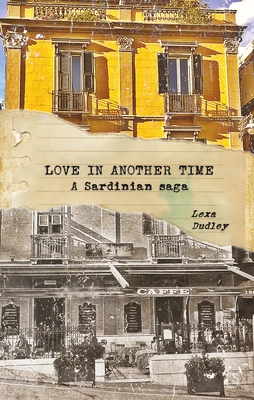 Love in Another Time

"This is a lovely story and just the kind of read I was looking for."

A heartfelt, enjoyable relationship story that spans generations. ‘Love in Another Time’ by Lexa Dudley covers three different time periods and three different relationships as they develop. Taking us from England’s boarding schools and countrysides to the idyllic Cagliari, Sardinia. This is a lovely story and just the kind of read I was looking for. Ellie Montford becomes a part of her best friend’s family during the holidays from their boarding school and develops a strong bond with her friend’s brother, Simon. Later in life Ellie finds herself in Cagliari and is whisked up in a passionate romance with young professor Gino. Decades later, we see Ellie’s granddaughter Sara return to Cagliari with no knowledge of her previous family connections to the place. All the while we see friendships formed and all the ups and downs of love played out. The narrative sweeps you along through winter on the farm and through sunny streets and Sardinian harbours. I grew connected to the characters, hoping that they found happiness as the story went on. Overall I found ‘Love in Another Time’ an enjoyable feel-good story.

Love in Another Time Synopsis

England, 1947. Sent to boarding school by her cold and distant parents, Ellie Montford soon joins her best friend’s family on their farm. She rapidly forges a strong bond with her friend’s brother, Simon. Simon promises to marry her – but childhood promises may not last. Sardinia, 1961. Ellie, now a young woman, joins her parents in Cagliari, where her father works for the Foreign Office. Passionately espousing the causes of poverty and homelessness, she volunteers with orphan boys while attending classes at the local university. There she meets Gino, a handsome young professor who sweeps her off his feet. Is he really everything he claims? Or is their love doomed to fail? Sardinia, 2006. A career-driven woman, Ellie’s granddaughter Sara is sent by her company to Cagliari. On a night out, she meets Luca, an archaeologist and professor. Their love affair mirrors that of Ellie and Gino’s from over forty years before. Shortly, Sara finds hints of a long-buried secret which could separate them. Who is Luca, and what is his connection to Gino? Sara must find the answers before she can expect happiness and make her family whole.

Lexa Dudley is a freelance writer and poet. She fell in love with the island of Sardinia in 1972 when visiting with her family and became intrigued with the island's unique culture. She wrote her first book, The Whispering Wind (Matador) in 2013 and won three prizes in America for it. Lexa lives in Suffolk with her husband, three dogs and two horses.

More About Lexa Dudley
Add To Wishlist
Buy from our bookstore and 25% of the cover price will be given to a school of your choice to buy more books.