This intimate and absorbing relationship story of epilepsy forcing a family in the late 1920’s to reconsider their core values, is a fiercely emotional and provocative read.

Thought-provoking, challenging, and hugely compassionate, this historical family drama pierces emotions as it combines fact and fiction. Eleanor and Edward Hamilton have a bright future in the eugenics movement, however their world begins to crumble when their daughter is diagnosed with epilepsy. Author Louise Fein takes a difficult subject and creates a world that feels all too real. The eugenics movement, which was widespread in the UK and US before it moved to Nazi Germany is difficult to fully process. The thoughts of the time seem so very distant, and yet look around today and more than echoes remain which ensures this is a riveting yet disturbing theme. The personification of epilepsy as it travels alongside the family is interesting and creates an intimacy. The main characters feel incredibly authentic, they couldn’t be anything other than flawed, yet the writing is such that you can still connect with them. The inclusion of real characters alongside what has obviously been meticulous research ensures this novel creates an unsettling edge, and yet hope blossoms. The fascinating Author’s Note brings even more understanding. The Hidden Child is a touching and powerfully compelling story as it explores a time in history that should never be forgotten.

From the outside, Eleanor and Edward Hamilton have the perfect life, but they're harbouring a secret that threatens to fracture their entire world.

Eleanor Hamilton is a dutiful mother, a caring sister and an adoring wife to a celebrated war hero. Her husband, Edward, is a pioneer in the eugenics movement. The Hamiltons are on the social rise, and it looks as though their future is bright.

When Mabel, their young daughter, begins to develop debilitating seizures, they have to face an uncomfortable truth: Mabel has epilepsy – one of the 'undesirable' conditions that Edward campaigns against.

Forced to hide their daughter away so as to not jeopardise Edward's life's work, the couple must confront the truth of their past – and the secrets that have been buried.

Will Eleanor and Edward be able to fight for their family? Or will the truth destroy them? 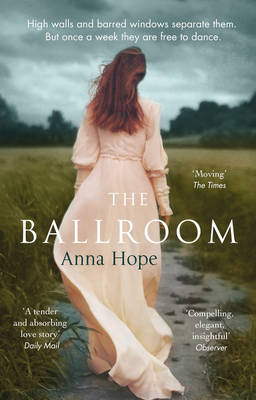 'I am a huge fan of Louise Fein's writing. In The Hidden Child, just as in her wonderful debut, People Like Us, Louise skilfully reels us into the world of the novel, with meticulously researched period detail, and flawed but highly sympathetic characters. Intertwining with this central theme are fascinating threads about female liberation and the growing fear of financial ruin. Louise's story is wonderfully spun through prose that is at times lyrical and poetic but always clear and forward moving. I was completely under its spell in this powerful, engaging, and ultimately heart-warming story. Bravo, Louise you've done it again!' -- Gill Thompson

'A heart-wrenching depiction of a golden couple in the 1920s when their perfect life is turned on its axis and shows the lengths a mother will go to when forced to protect her daughter from her ambitious husband and his twisted beliefs at a time when women's voices were not heard. Shocking, emotive, and compelling, but ultimately a story of hope. I loved it' -- Deborah Carr

'A poignant rendering of love and motherhood, human frailty and redemption, exquisitely told against the backdrop of the unthinkable. A heroine for the ages, Eleanor Hamilton's predicament will tear your heart apart while her resolve is a testament to the power of intuition. Fein deftly takes the reader back to a terrifying turning point in history and, with grace and compassion, reminds us of the importance of standing up for what we believe in our souls to be true' -- Judithe Little

A story of hope and redemption, of humanity and growth... both intimate and universal in scope. I loved this compelling read and its complex, flawed, but deeply human characters' -- Addison Armstrong

'The thought-provoking and compelling tale of one family and the battle to survive their daughter's illness. A reminder that ordinary people can so often be responsible for some of the most shocking episodes in history' -- Louise Hare

'A powerful, thought-provoking, and often heart-wrenching read' - Beauty and Lace 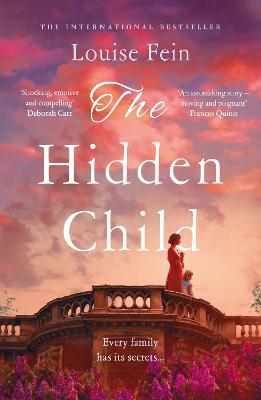 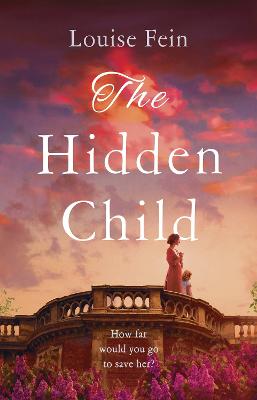