A GOVERNOR GENERAL'S LITERARY AWARD FINALIST Longlisted for the Dublin Literary Award 2018 Crime Book of the Month, Sunday Times, February 2018 'I loved this... very tough and very real.' - Margaret Atwood When Stella, a young mother in an Indigenous community, looks out her window one wintry evening and spots someone being attacked on the Break - a barren field on an isolated strip of land outside her house - she calls the police. By the time help arrives, all that is left of the struggle is blood on the snow. As the search for the victim intensifies, people who are connected, both directly and indirectly - police, family, and friends - tell their personal stories leading up to that fateful night, uncovering secrets and resentments long buried and giving blazing testimony to the lived reality of people pushed out to the coldest edges of modern Canada.

A dazzling debut... The Break is a terrific achievement, combining passages of lyrical prose with a compelling account of the way that violent crime warps the lives of several generations. * Sunday Times * Vermette, an award-winning poet, brings real lyricism to this hard-nosed tale of a rape on Native American land, and the unwillingness of the local police to investigate. * Sunday Times, Best Summer Reads 2018 * I love a book that takes me to a new place, a world I know nothing about - and so it is with The Break. * RTE Ireland * Reading The Break is like a revelation; stunning, heartbreaking and glorious. Absolutely riveting. * Eden Robinson, author of Monkey Beach * The lives of the girls and women in The Break are not easy, but their voices are complex, urgent, and unsparing. * Madeleine Thien * A tough, close-up look at a side of female life that's often hard to acknowledge: the violence girls and women sometimes display towards other girls and women. * Margaret Atwood * Unforgettable. * Lee Maracle, author of Celia's Song * A compelling account of the way violent crime warps the lives of several generations. * Sunday Times *

Katherena Vermette is a Metis writer from Treaty One territory, Winnipeg, Canada. Her first book, North End Love Songs, won the Governor General's Literary Award for Poetry in 2013. Her novel The Break was a bestseller in Canada and won multiple awards, including the 2017 Amazon.ca First Novel Award. Ms Vermette's second book of poetry, river woman, will be published in the fall of 2018. In film, her documentary, this river, won the 2017 Canadian Screen Award for Best Short. 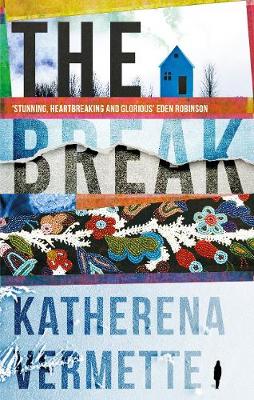 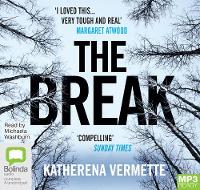 View All Books By Katherena Vermette