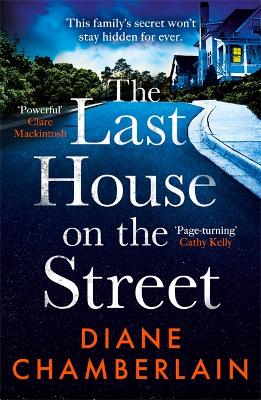 "Social issues from the dark past of the USA hit home in this novel that welds two time frames, two women, and a mystery together."

Diane Chamberlain is a multiple Sunday Times and New York Times bestselling author, beloved by readers around the world for stories that are rich with emotion, laced with secrets and that inspire thoughtful conversations. Born and raised in New Jersey, Diane obtained a master’s degree in social work in San Diego. She then worked in hospitals before opening her own private psychotherapy practice, focusing primarily on at-risk teenagers. This background as a psychotherapist has given Diane great insight into the secrets that families hold beneath the surface and how destructive they can be when they come to light. She has observed first-hand the ability of those under tremendous pressure to tap into their inner strength – a resilience that inspires her most-loved characters.

Diane Chamberlain has written twenty-nine bestselling novels, and her books have been published in more than twenty languages. She makes her home in North Carolina with her partner, photographer John Pagliuca, and her Shetland Sheepdog, Cole.

More About Diane Chamberlain
Add To Wishlist
Buy from our bookstore and 25% of the cover price will be given to a school of your choice to buy more books.

Not a Happy Family