Part of the The Hunger Games Series

The astonishing bestseller is now a fantastic movie. Here is the original novel with new movie artwork on the cover.

The Hunger Games is a searing novel set in a future with unsettling parallels to our present. In a dark vision of the near future, The Hunger Games is set in the ruins of a place once known as North America. The cruel Capitol keeps order in its twelve outlying districts by forcing them each to send one boy and girl to participate in the annual Hunger Games, a terrifying reality TV show broadcasting a live fight to the death.

The Hunger Games came into the author's psyche whilst she flicked between television channels broadcasting real war coverage and reality television programmes. It is the first in a trilogy.

Sixteen-year-old Katniss Everdeen regards it as a death sentence when she is forced to represent her district in the annual Hunger Games, a fight to the death on live TV. But Katniss has been close to death before - and survival, for her, is second nature. The Hunger Games is a searing novel set in a future with unsettling parallels to our present. Welcome to the deadliest reality TV show ever. 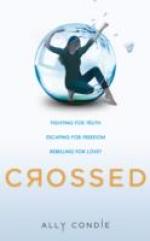 ‘My latest excitement … The Hunger Games by Suzanne Collins. I was so obsessed with this book I had to take it with me out to dinner and hide it under the edge of the table so I wouldn't have to stop reading. The story kept me up for several nights in a row, because even after I was finished, I just lay in bed wide awake thinking about it. I've been recommending it to total strangers in Target. And now to everyone who reads my website. The Hunger Games is amazing.” STEPHANIE MEYER

“Rip-roaring, bare-knuckle adventure of the best kind... absorbing and morally challenging” The Times

“Gripping and at times terrifying” Independent on Sunday

“A fine entry into the canon of post-apocalyptic brutality fiction, strongly but not overwhelmingly satirical” Financial Times

“Outstanding... Challenging as it is compelling” The Lady 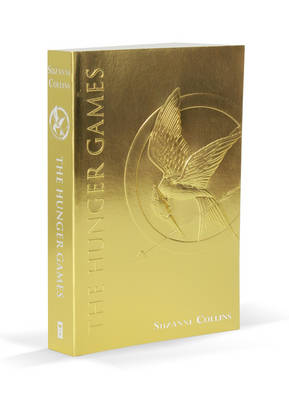 Suzanne Collins has had a successful and prolific career writing for children's television. For preschool viewers, she penned multiple stories for the Emmy-nominated Little Bear and Oswald. She has worked on several Nickelodeon shows, including the Emmy-nominated hit Clarissa Explains it All and The Mystery Files of Shelby Woo. She received a Writer's Guild of America nomination for co-writing the critically acclaimed Rankin/Bass Christmas special, Santa, Baby! and most recently she was the head writer for Clifford’s Puppy Days.   Suzanne made her mark in children's literature with the New York Times–bestselling Underland ...

View All Books By Suzanne Collins