An entertaining climax to a trilogy filled with action and thrills.

‘Reflection’ by John Righten is the third in The Lenka Trilogy, a story set in the 1990s across Ireland, Romania and Bosnia. The narrative follows Lenka and a motley crew of ‘loveable rogues’ as they travel through war zones to deliver aid and offer support to innocent families and children caught up in conflicts. I haven’t read parts 1 and 2 of the trilogy, but a detailed summary of the action has been helpfully supplied in the prologue of this final installment. I would recommend starting with ‘Heartbreak’, the first book in the series, as it would appear a lot has already happened and this will allow you to appreciate the storyline as a whole. ‘Reflection’ takes us from 1995 in Bosnia onwards as Lenka leaves the orphanage that she manages in Ireland for one last aid run, delivering vital medical supplies to hospitals. But the Wolves, a team of deadly mercenaries, are still on Lenka’s trail and they want the incriminating photo album she has in her possession detailing their atrocities. I think that this is a fitting end to what seems to be an action-packed and thrilling trilogy. There’s plenty of exposition throughout so I didn’t feel lost reading ‘Reflection’ first and would serve as a helpful reminder for those who've been waiting for this third instalment to be released. I thought the plotline was complex and well-thought out with no loose strings as it flips from Lenka’s journey to the orphanage in Ireland. In all, an entertaining climax to a trilogy filled with action and thrills.

1992. Burnt out after leading aid convoys to Romania and Bosnia during the war, a young Irish teacher, Lenka Brett, accepts a call for help and departs for South America on her most challenging aid mission yet. Despite a weak heart, Lenka is resilient and resourceful – she needs to be, as her priceless cargo of medical supplies becomes the target of black marketeers, and an old enemy from her Bosnian convoy days, an elite army of mercenaries, known as the Wolves. 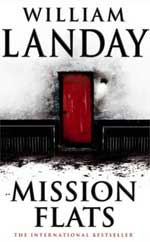 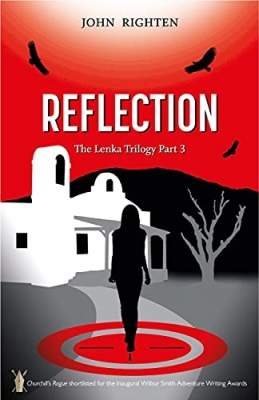