A discerning, penetrating novel with a difference; there is the double edged substantial plot of a murder investigation, sitting alongside a political thriller. Originally writing under the pseudonym of Sam Bourne, the author Jonathan Freedland is an award-winning journalist. The first chapter simply and immediately sets the scene of a financially downtrodden USA answerable to the People’s Republic of China, while Madison, a brilliant, determined, insomniac of a journalist starts to investigate her own sister's murder...this clever concept works. The author has the ability to tightly tie the two strands together and add many more layers of intrigue and corruption, without ever losing a realistic and believable tone. ‘The 3rd Woman’ has a number of surprises in store, making an already steely and intelligent novel, an impressively stimulating read. ~ Liz Robinson

A chilling high-concept thriller from No. 1 bestselling author and award-winning journalist Jonathan Freedland. Perfect for fans of Robert Harris. SHE CAN'T SAVE HER SISTER Journalist Madison Webb is obsessed with exposing lies and corruption. But she never thought she would be investigating her own sister's murder. SHE CAN'T TRUST THE POLICE Madison refuses to accept the official line that Abigail's death was an isolated crime. She uncovers evidence that suggests Abi was the third victim in a series of killings hushed up as part of a major conspiracy. SHE CAN EXPOSE THE TRUTH In a United States that now bows to the People's Republic of China, corruption is rife - the government dictates what the 'truth' is. With her life on the line, Madison must give up her quest for justice, or face the consequences...

'Nobody does the high-IQ, high-octane thriller better than Jonathan Freedland'
Tony Parsons

'Boldly imaginative ... a magnetic heroine in a heart-racing story'
A D Miller, author of Snowdrops

***** 'Shifting his focus from hi-tech present day conspiracies to a very dark chapter of the second world war, Bourne has proved he can more than rub shoulders with the likes of John Le Carre and Robert Harris
Mirror

'Pantheon is a propulsive, satisfying novel which burns with moral indignation, earning Bourne his place at the thriller-writers' high table' Guardian

'Ingeniously constructed ... a page-turner which maintains the tension' Observer

'An intelligent thriller with a vividly drawn wartime atmosphere' Independent 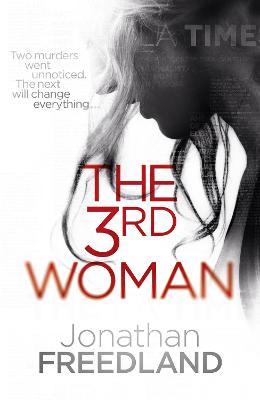 Jonathan Freedland is an award-winning journalist, author and broadcaster. He is the Guardian's executive editor for Opinion, overseeing Comment is free, editorials and long reads. He also writes a weekly column. He is a regular contributor to the New York Times and the New York Review of Books, and presents BBC Radio 4's contemporary history series, The Long View. In 2014 he was awarded the Orwell special prize for journalism, having been named columnist of the year in the 2002 What the Papers Say awards. Since 2006 he has published five best-selling novels under the pseudonym Sam Bourne. The first, The Righteous Men, ...

View All Books By Jonathan Freedland