Part of the Sal Kilkenny Series

LoveReading View on Looking For Trouble

Complex, satisfying and very human crime stories set in Manchester with struggling single mother Sal Kilkenny, private eye, at the physical and emotional heart of the plot. In her first case she is asked by a mother to find her missing son but the case quickly becomes tangled and dangerous. This is the first novel from Cath Staincliffe who went on to write the TV crime series Scott and Bailey. It was nominated for a CWA Debut Dagger and has been serialised on Radio 4’s Woman’s Hour.

She's a single parent. A private eye. And liking it. Until, that is, Mrs Hobbs turns up asking Sal Kilkenny to find her missing son. Sal's search takes her through the Manchester underworld, a wasteland of deprivation and petty theft, of well-heeled organised crime and, ultimately, murder. Would she have taken the job on if she had known what she was getting herself into? Actually, yes. Sal is on fire with a desire to see justice done and to avenge the death of a young lad whose only crime was knowing too much...

'A book about courage and compromise, about how sometimes it's kinder and braver to lie. Stunning.' Anne Cleeves

'Complex and satisfying.' The Sunday Times

'About as good as the British private eye novel gets.' Time Out

'It's always exciting to see a writer get better and better, and Cath Staincliffe is doing just that.' Val McDermid 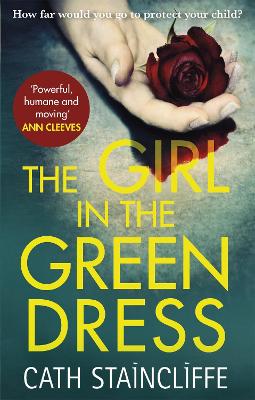 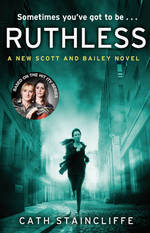