A huge (1,042 pages), techno thriller full of hackers, viruses, mobsters and terrorists which his fans will lap up. It is also his most commercial and accessible since Cryptonomicon, so a great place to start if you haven’t read any Stephenson before. The central character Richard Forthrast has created a massive on-line gaming enviroment T’rain which is hijacked by a virus that can be used to get the players handing over ‘real’ money. A deadly war ensues that he is at the centre of. A complex but highly rewarding read.

In 1972, Richard Forthrast, the black sheep of an Iowa farming clan, fled to the mountains of British Columbia to avoid the draft. A skilled hunting guide, he eventually amassed a fortune by smuggling marijuana across the border between Canada and Idaho. Parlaying his wealth into an empire, Richard developed a remote resort in which he lives; he also created T'Rain, a multibillion-dollar, massively multiplayer online role-playing game with millions of fans around the world. But T'Rain's success has also made it a target. Hackers have struck gold, unleashing REAMDE, a virus that encrypts all of a player's electronic files and holds them for ransom. They have also unwittingly triggered a deadly war beyond the boundaries of the game's virtual universe - and Richard is at ground zero. Racing around the globe from the Pacific Northwest to China to the wilds of northern Idaho, Reamde traverses worlds virtual and real. Filled with unexpected twists and turns in which unforgettable villains and unlikely heroes face off in a battle for survival, it is a brilliant refraction of the twenty-first century, from the global war on terror to social media, computer hackers to mobsters, entrepreneurs to religious fundamentalists.

Neal Stephenson is the author of eight novels, including the cult successes Snowcrash and Cryptonomicon. He has been shortlisted for the Arthur C. Clarke Award six times, winning with Quicksilver. Four of his last five novels have been number one New York Times bestsellers. He lives in Seattle.

Maxim Jakubowski's view on CRYPTONOMICON...
From the author of the major cyberpunk opus SNOW CRASH, a massive tales of conspiracies that span the ages and the globe as wheels within wheels of clandestine espionage and secret history unfurl. Wide screen baroque at its best and what Pynchon would write if he were a science fiction author.

More About Neal Stephenson
Add To Wishlist
Buy from our bookstore and 25% of the cover price will be given to a school of your choice to buy more books. 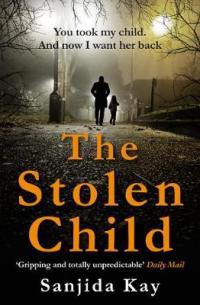