Part of the Falco Series

In that it has a lowly rather than a patrician cast list and involves crime detection, I enjoy Lindsey Davis’s tales of her (ancient)Roman detective, Falco. As in C. J. Sansom’s books, a huge amount of thorough research is worn lightly and accessibly and they are tremendous fun to read.

Discover one of the world's favourite detectives, as his first case leads him into conspiracy, murder and adventure...In 1989, The Silver Pigs introduced the world to laid-back first-century detective Marcus Didius Falco, his partner Helena Justina, his law and order pal Petronius, and his indomitable Mother - who became some of the most celebrated characters in historical fiction. Now reissued in a special new edition to celebrate publication of Falco's twentieth investigation, The Silver Pigs sees Falco cynically eyeing up the new Roman emperor, Vespasian. Our hero, a private informer, rescues a young girl in trouble and is catapulted into a dangerous game involving stolen imperial ingots, a dark political plot and, most hazardous of all, a senator's daughter connected to the traitors Falco has sworn to expose.

What To Read After The Silver Pigs

'Davis is both a deft storyteller and a scholar... a top drawer series.'
-- Newsday 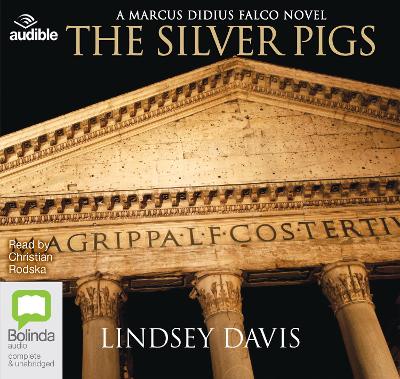 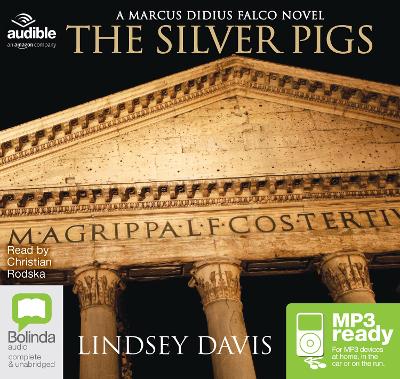 Lindsey Davis's first Falco novel, The Silver Pigs, was published in 1989. Since then, her novel Two For the Lions won the inaugural Ellis Peters Historical Dagger in 1998, and in 1999 she received the Sherlock Award for Best Comic Detective for her creation, Marcus Didius Falco. Lindsey's last ten novels have all been Sunday Times hardback bestsellers. She was born in Birmingham but now lives in Greenwich. In 2011 The Crime Writers' Association announced that the Cartier Diamond Dagger, the highest honour in the UK crime writing world, went to Lindsey Davis.

View All Books By Lindsey Davis