A Tale of Two Cities

LoveReading View on A Tale of Two Cities

The most important book to me, the greatest influence on my own writing, has to be ‘Tale of Two Cities’. It is a classic novel and also a superb thriller, and it produces the most compelling hero of British literature, Sidney Carton. I am a huge fan of the atmospheric writing that describes the hard, mean streets of Paris at the time of the Revolution, the power and brutality of the mob when passions are let loose, but above all is the Carton character: he is the failed, booze ridden advocate who can dominate a massive court room scene when a life is on the line, win when it matters.  The lines at the end of the story as he gives his own life to protect the husband of the woman he has put on a personal pedestal are incredibly moving, and his gentleness with the young girl who will go before him up the steps to the guillotine. Wonderful, and an inspiration.

A Tale of Two Cities by Charles Dickens – is the Emperor of historical fiction, after all. I remember weeping like a baby at the end of it… And boring everyone silly (as if I were making a new discovery) about what an earth shatteringly brilliant novel it was...

This text is a revised edition of Dickens' classic tale.

A Tale of Two Cities Synopsis

After eighteen years as a political prisoner in the Bastille the aging Dr Manette is finally released and reunited with his daughter in England. There two very different men, Charles Darnay, an exiled French aristocrat, and Sydney Carton, a disreputable but brilliant English lawyer, become enmeshed through their love for Lucie Manette. From the tranquil lanes of London, they are all drawn against their will to the vengeful, bloodstained streets of Paris at the height of the Reign of Terror and soon fall under the lethal shadow of La Guillotine. 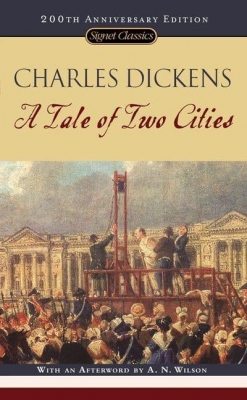 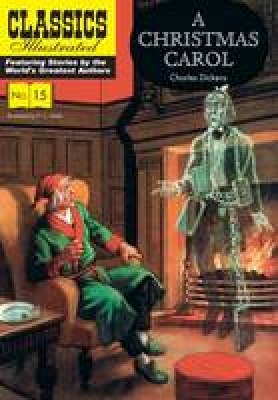