The Skein of Lament

LoveReading Expert Review of The Skein of Lament

The grip of the Weavers on Saramyr's rulers has grown ever tighter. And all the while the blight that they have brought to the land grips ever more harshly. This cannot last and, sure enough, the land is slipping into civil war. In the growing chaos Kaiku and the orphaned heir-Empress must fight for their destiny and their survival as Saramyr succumbs to the twisting of the Weave and the unknowable ambitions of the secretive Weavers. Chris Wooding has created a vivid and turbulent world with an authentic oriental air and its own rich and ancient history. Across this world plays an action packed plot of politics, violence and betrayal. This is an extraordinary fantasy for the 21st century.

The Skein of Lament Synopsis

The Skein of Lament by Chris Wooding

What To Read After The Skein of Lament 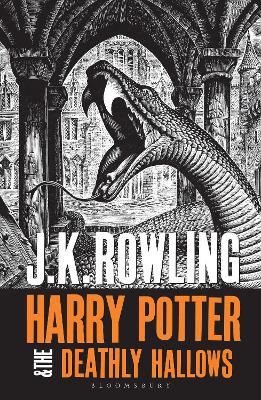 â€˜I found the first book of Woodingâ€™s trilogy of The Braided Path to be an immensely satisfying, beautifully imagined and often breath-takingly gruesome dark fantasy and as such it offered readers a real quality alternative to the glut of Tolkeinesque fiction that constantly seems to swamp the market. The release of the second instalment, The Skein of Lament sees the story broaden in a number of directions many of which will surprise, delight and horrify.

At the climax of the previous novel, The Weavers, a deliciously villainous and unsavoury sect of high priest types, successfully engineered the downfall of the Empress and placed a puppet ruler on the throne of Saramyr. Five years have now passed, and in the Xarana Fault, the Aberrant followers of the orphaned (and by the Weavers at least, presumed dead) Heir-Empress have managed to keep themselves hidden. It hasnâ€™t been easy, but under the guidance of Zaelis and Cailin, the leader of The Red Order, theyâ€™ve just about managed to keep it together. Their conflict with The Weavers has now developed into something of a chess game with each side making its moves subtly rather than forging ahead in all out attack. Our heroines from the first book, Kaiku and Mishani, now a little older and wiser, set out on a journey across the sea to rendezvous with a spy who has intelligence for their superiors . The news is grave and there are some serious surprises in store for both women.

I wondered for a while as read The Skein of Lament, whether Wooding had allowed his story to dissipate a little. Initially it seems fragmented after the set up the first book â€“ very much the second act. It is also apparent that the Weavers themselves are relegated somewhat in this new work â€“ not in terms of their threat to our protagonists and to the world of Saramyr, but in so much as their actions take place far more off-screen than on. But this impression was short lived - as the action progresses, the pressure steadily builds and this superbly structured and beautifully paced story bubbles over into a crescendo of all out war that has one salivating for the final instalment. That Wooding is a tremendously skilled writer is not open to argument â€“ he begins The Skein of Lament with a scene of instant and tremendous tension as the last stragglers of a group of travellers are on the run from some unseen enemy. Itâ€™s Predator with muskets and swords â€“ all oppressive jungle heat and humidity and an atmosphere of intense fear and claustrophobia. Great stuff!

Woodingâ€™s characters revel in their ruthlessness or else are vulnerable and self-doubting and thus capable of revealing emotions that often shock themselves in their depth. There are shocks too for the reader along the way. A trait of Woodings that I noted in my review of The Weavers of Saramyr is very much carried over into this second novel. This is an author fearless in the way he determines the fate of his characters â€“ the net result of this is that the reader cannot help but care what happens to these people.

The Skein of Lament broadens the scope of the first novel and plays the story out on a much expanded canvass. It emerges that there are higher powers than even the Weavers at work in Saramyr and this taste Wooding gives us of the pantheon of Saramyrrhic gods holds much promise for the third and final volume in the series. Indeed the myths and legends Wooding has dreamt up for his fictional land are every bit as beautiful and mysterious and haunting as those of the Orient which have clearly inspired them. The same goes for the geography and landscape. There is a passage in the novel in which Mishani relates the story of how the gods created Saramyr â€“ a legend from which the novel takes its name. It is a sad and lyrical narrative that stuck in my mind as I read on, for it reveals that Wooding is so much more than merely a writer of stories for children and adults alike â€“ he is an author with the soul of a poet, the mind of a philosopher and heart of an artist. His work is a pleasure to read. 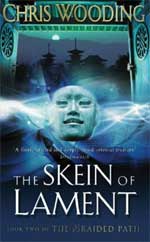 Chris Wooding was born February 28th, 1977. His formative years were spent in a grim, squalid ex-mining town in the Midlands, where the crushing monotony of his surroundings fostered a need for escapism that he found in books. Possessed of a frighteningly sharp focus as a child, he had already determined that he wanted to be an author by the time he hit adolescence; and he had barely reached adulthood by the time he had achieved his ambition. He had a literary agent at eighteen; Crashing was accepted for publication when he was nineteen years old and released soon after.Now ...

View All Books By Chris Wooding