With the new Dan Brown published a few weeks ago the publishing industry believes there will be renewed interest in the religious conspiracy thriller so they are flooding into the bookshops.  This is one of the best.  The research appears authentic, however far-fetched, the tale and the characters appear real, you really care for them.  It’s his third to feature these two, archaeologist Conrad Yeats and Vatican linguist Serena Serghetti.  It is action-packed, fast and furious – do read it.

Beneath the city of God, a centuries-old secret awaits. And every power on earth wants it.
The adventure begins with the discovery of the wreckage of a sunken Nazi submarine - and a shocking legacy of Hitler's quest to find Atlantis. Archaeologist Conrad Yeats discovers in the ruins of the Third Reich the key to an ancient conspiracy that reaches the highest levels of every major government. Suddenly Yeats is plunged into a deadly race across the Mediterranean, hunted by the assassins of an international organization that will stop at nothing to ignite global Armageddon and revive an empire. And only Serena Serghetti, the beautiful Vatican linguist he loved and lost, can help him save the world from the Atlantis Revelation.

What To Read After The Atlantis Revelation 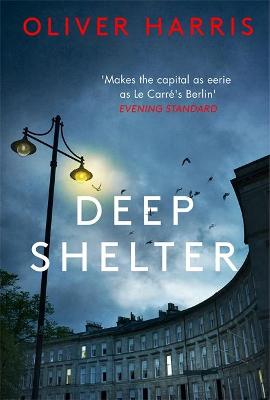 A former journalist, media executive and screenwriter, Thomas Greanias is the founder and CEO of Atlantis Interactive Inc, a Beverly Hills-based entertainment company that has created some of the Web's most groundbreaking entertainment.   Author photo by Kevyn Major Howard

View All Books By Thomas Greanias