From the same publisher who brought you Kathy Reichs and Karin Slaughter comes a talented new voice in thriller writing â€“ Craig Russell.  The author introduces us to a new detective hero, Jan Fabel - half-Scottish, half-German - a man of conscience and imagination.  A man determined to solve the mystery of a killer who is ripping the lungs from his victimsâ€™ bodies.  But, how can he track a murderer who leaves no trail, whose victims seem purposefully random and whose motive reaches far beyond greed and lust, into the darkest recesses of the human soul?

The first woman had her lungs ripped out. When the same gruesome ritualistic method was used again, it was clear that the same killer was responsible. But there is no precise evidence to link the two cases, except for the tantalising email. In his first crime novel, Craig Russell introduces us to a new detective hero, Jan Fabel - half-Scottish, half-German - a man of conscience and imagination. Russell has also created a richly textured scenario where the City of Hamburg plays a central role - it is a city where the old Germany combines increasingly with the new, where gangs from Turkey and the Ukraine battle for supremacy.

Blood Eagle is a violently exciting thriller and Fabel's desperate attempt to solve the case before more victims are discovered, gradually uncovers layer upon layer of intrigue. How can he track a murderer who leaves no trail, whose victims seem purposefully random and whose motive reaches far beyond greed and lust, into the darkest recesses of the human soul? 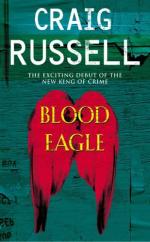 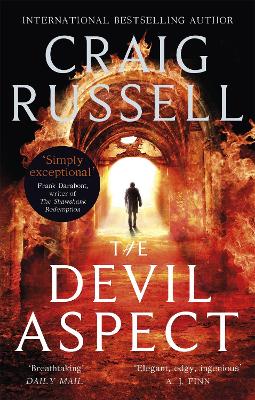