This is the eighth book in the series and if you haven’t discovered Simon Scarrow yet, now it the time to do it. He pays great attention to detail in all things Roman so they make fascinating reads from a historical point of view, he certainly has done his research, but he also writes well-rounded characters and great plotlines of army comrades in action packed situations.

CENTURION, a no. 1 bestseller, is the unputdownable eighth novel in Simon Scarrow's Eagles of the Empire series. Perfect for fans of Bernard Cornwell and Conn Iggulden. 'A new book in Simon Scarrow's series about the Roman army is always a joy' The Times

AD 46. Roman army officers Cato and Macro have survived many dangerous missions together. They look out for one another. They're faithful to their Emperor. And from their men they demand bravery and ruthless efficiency.

With the news that Rome's old enemy, Parthia, is poised to unleash its might against the border kingdom of Palmyra, Cato and Macro must embark on a desperate quest to protect the Empire. Outnumbered and deep in treacherous territory, they will have to endure a pitched battle that will test their courage and loyalty as never before... 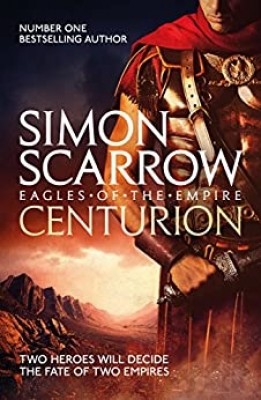