Shortlisted for the 2009 Penguin Orange Readers' Group Book of the Year.

Deeply seductive and irresistibly compelling, this is an extraordinary love story that will stay with you long after you’ve finished it. It’s the first in the Twilight series and is a captivating saga of vampire romance.

When 17 year old Isabella Swan moves to Forks, Washington to live with her father she expects that her new life will be as dull as the town. But in spite of her awkward manner and low expectations, she finds that her new classmates are drawn to this pale, dark-haired new girl in town. But not, it seems, the Cullen family. These five adopted brothers and sisters obviously prefer their own company and will make no exception for Bella. Bella is convinced that Edward Cullen in particular hates her, but she feels a strange attraction to him, although his hostility makes her feel almost physically ill. He seems determined to push her away? until, that is, he saves her life from an out of control car. Bella will soon discover that there is a very good reason for Edward's coldness. He, and his family, are vampires? and he knows how dangerous it is for others to get too close.

Stephenie Meyer’s life changed dramatically on June 2, 2003. The stay-at-home mother of three young sons woke-up from a dream featuring seemingly real characters that she could not get out of her head. She said 'I stayed in bed, thinking about the dream. Unwillingly, I eventually got up and did the immediate necessities, and then put everything that I possibly could on the back burner and sat down at the computer to write'.

Three months later she finished her first novel, Twilight and it became one of 2005’s most talked about novels and made it on to the New York Times bestseller list. The Twilight series has continued with even greater success in the US with New Moon, Eclipse and now the fourth one in the captivating Twilight series of vampire romance and suspense is just published here in the UK, Breaking Dawn. This unforgettable series features a teenager’s forbidden love for a vampire is passionate, riveting and deeply moving and has captivated audiences the world over. Don’t miss it. Why not read an extract now….

More About Stephenie Meyer
Add To Wishlist
Buy from our bookstore and 25% of the cover price will be given to a school of your choice to buy more books. 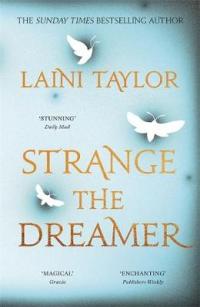