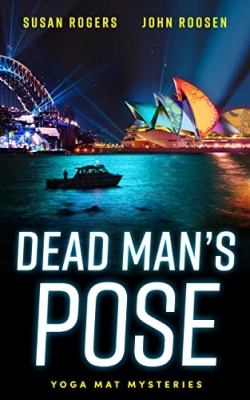 "A bit of history, a travelogue, and a who-done-it and why all add up to a great read."

Dead Man’s Pose is an enjoyable Murder Mystery set in Sydney. A yoga class should be an relaxing experience but for Mario Vincente it was anything but. Elaina, who runs the yoga class, and friend Ric are drawn into finding out the cause and reason for Mario’s sudden and unexpected death during one of her classes. This leads them on a dangerous mission all around Sydney with all its famous landmarks. If you know Sydney you will be familiar with all the place names and streets and if you don’t, it certainly makes you want to go! A bit of history, a travelogue, and a who-done-it and why all add up to a great read.

Dead Man’s Pose is a tension-reliever in yoga. Not this time! A spirited yoga teacher teams up with a dark horse partner (determined to right wrongs); and together they seek closure on the sudden and mysterious death of a friend. Throw in a cast of quirky characters that includes a savvy outback detective, an eccentric academic, a highly observant (but sight-challenged) witness, an exotic hairdresser, a Falstaffian nomad, crooked officials, and some assorted mob thugs. Add some heat between the investigators, plus Ric’s wry humour and Elaina’s smart dialogue, while they both tumble into chase scenes to avoid sharks, cruise through a darkened saloon and conduct late-night spying on a ‘high roller’ that floats. Combine that with word pictures of Sydney, one of the world’s most picturesque cities (which also has sleazy backstreets and a gummy web of intrigue), and you have the cocktail mix of Dead Man’s Pose. It’s a jigger of Agatha Christie’s compelling plotline; adding two parts of Cherringham Murder Mysteries; shake in the backdrop of Sydney, Australia which acts as another character and garnish with the mood and tempo of a Michael Connelly’s clue-packed charge. Dead Man’s Pose has all the classic hallmarks of a whodunit genre … But presented as a gin fizz romantic mystery with extra fizz.

Until Thy Wrath Be Past : A Rebecka Martinsson Investigation 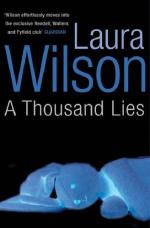