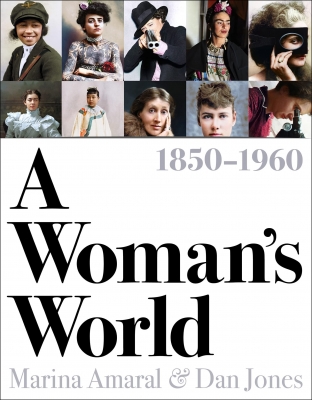 "With scores of colourised photographs, this glorious global journey through women’s lives in an era of unprecedented change is an immersive, enlightening joy."

Gratifyingly global in scope, and celebratory in tone, with incredible colourised historic photographs on every page, this is an enlightening must-have for anyone interested in global history, women’s history, and world affairs during a period of tremendous change.

With fascinating profiles of exceptional women who were seminal in their fields, the book covers women at play (female athletes), at school (women who broke moulds in the education field), at the wheel, in war, in charge, in the arts, on stage, in the wild, on the shop floor, and in white coats.

Alongside familiar figures like Queen Victoria, Virginia Woolf, Simone de Beauvoir, Frida Kahlo, Emmeline Pankhurst, Harriet Tubman, and Florence Nightingale, we’re also given insights into lesser-known women whose contributions to society deserve to be known  – from revolutionaries in Cairo, Cuba and China, to women who blazed a trail for American civil rights, to pioneering women who worked as nurses, pilots, scientists, explorers and creatives.

The Colour of Time: Women, 1850–1960 explores the many roles – domestic, social, cultural and professional – played by women across the world from 1850–1960, before second-wave feminism took hold. Using Marina's colourized images and Dan Jones's words, this survey shines a light on the varied pursuits of women both celebrated and ordinary, whether in the home or the science lab, protesting on the streets or performing on stage, fighting in the trenches or exploring the wild.

This vivid and unique history brings to life and full colour the female experience in a century of extraordinary change.

Reviews for The Colour of Time:

'[The Colour of Time] does something simple yet extraordinary. It takes black-and-white photos of historic events and colours them in. The effect is transformative' Telegraph

'Purists argue that colourising black and white photographs is sacrilege, but the world has always been in colour. Truth be told, monochrome is a contrivance. Human experience is always colourful' The Times

'A splash of colour is all it took to bring these historic black and white photos back to vivid, breathtaking life ... Astonishing' The Sun

Dan Jones is the Sunday Times and New York Times bestselling author of ten non- fiction books, including The Templars, The Colour of Time and Powers and Thrones. He is a renowned writer, broadcaster and journalist, and has for many years wanted to write authentic but action-packed historical fiction. His debut novel, Essex Dogs, is the first in a planned trilogy following the fortunes of ten ordinary soldiers in the early years of the Hundred Years' War. He lives near London with his family.

Marina Amaral is a talented digital colourist. Her work has featured on the BBC and in the Evening Standard, Washington Post and Le Figaro and she has collaborated with the History Channel, PBS, English Heritage and the Auschwitz-Birkenau State Museum. In 2021, Marina was named on the Forbes 30 Under 30 List.

More About Dan Jones, Marina Amaral
Add To Wishlist
Buy from our bookstore and 25% of the cover price will be given to a school of your choice to buy more books. 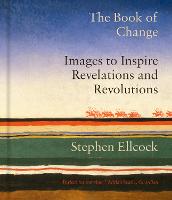 The Book of Change 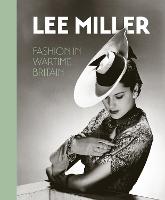 The Ruin of All Witches

A beautifully written book with the most extraordinary remastered photographs, showcasing some of recent history's leading ladies.

A Woman's World is a stunning book. The photographs remastered in colour of some of the leading females from recent history are extraordinarily beautiful. The accompanying text is delightfully written and thought provoking. All walks of life are represented, with some well-known faces and some women I've never heard of but have nonetheless influenced history. The book contains some fantastic achievements from some amazing women. It's a very easy book to pick up and get lost in the pages, looking at the fantastic photographs and the accompanying stories.

Colourful, interesting, informative and easy to read, this wonderful collection of impressive lives lived would adorn any coffee table or reference section in educational institutions and is a must for all school libraries!

“A Woman’s World, 1850-1960” is the third volume in the bestselling ‘The Colour of Time’ series. Written by historian and broadcaster Dan Jones and features Marina Amaral's beautiful, colourized photographic images.

This is quite a book to behold. Perfect for dipping into when you take a fancy and you certainly learn some very interesting facts about women who played an important part in history.

This is an absolutely essential and necessary book that should be on everybody’s reading list and in every school and library.

To be able to read and review this book has been an absolute pleasure- because it is the book I have wanted to exist for as long as I can remember.

A Woman’s World finally gives a voice in one volume to all the women between 1850 and 1960 whose place in history has either been passingly acknowledged - or more likely never acknowledged.

However, this book which features the incredible colourised photography by Marina Amaral, and the brilliant accompanying narrative by Dan Jones elevates our consciousness of women’s history to another level.