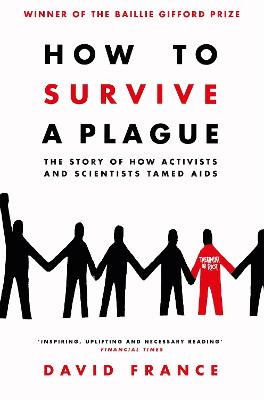 How to Survive a Plague Synopsis

The riveting, powerful and profoundly moving story of the AIDS epidemic.

How to Survive a Plague is a social and scientific history of AIDS, and the grass-roots movement of activists, many of them facing their own life-or-death struggles, who grabbed the reins of scientific research to help develop the drugs that turned HIV from a mostly fatal infection to a manageable disease. Around the globe, the 15.8 million people taking anti-AIDS drugs today are alive thanks to their efforts. Not since the publication of Randy Shilts's now classic And the Band Played On in 1987 has a book sought to measure the AIDS plague in such brutally human, intimate, and soaring terms. Weaving together the stories of dozens of individuals, this is an insider's account of a pivotal moment in our history and one that changed the way that medical science is practised worldwide.

'How to Survive a Plague is epoch-making: the whole social and scientific history of AIDS, brilliantly told. Informative, entertaining, suspenseful, moving, and personal.' - Edmund White

'As one generation grows up with the misconception that AIDS is nothing more than a manageable illness, another grows old with the fear that the epidemic's early days will disappear into the fog of history. How to Survive a Plague is the book for both generations. France has pulled off the seemingly impossible here, invoking the terror and confusion of those dark times while simultaneously providing a clear-eyed timeline of the epidemic's emergence and the disparate, often dissonant forces that emerged to fight it.' - Dale Peck

'Heroic and heartbreaking and magnificent history throughout, How to Survive a Plague is one of the great tales of our time: the story of incredibly brave and determined men and women who defied government, the pharmaceutical industry, vicious homophobia, and the death sentence of AIDS to overwhelm an awful scourge.' - Carl Bernstein

'This is a masterpiece of intimate storytelling with moral purpose, a contemplation not so only of an epidemic of illness but also of an epidemic of resilience. It's a book about courage and kindness and anger and joy, written with fierce, passionate intensity and utter conviction.' - Andrew Solomon

'How to Survive a Plague is both a great and an important book, and we owe David France an enormous debt of gratitude for writing it. At once global and achingly intimate, his story provokes righteous rage, despair, the blackest of humor, heartbreak and, finally, blessedly, hard-won hope . . . for all of us. You will not soon forget these smart, courageous, dying young men. In fact, let's call them heroes, since they were.' - Richard Russo

'David France is uniquely positioned to bear witness to the science and politics of the AIDS epidemic, its deeply personal impact, and the activists who refused to be silenced by it: courageous and brilliant, often selfless, willing to fight even as they struggle with death, but always fully human. From the story's beginning, France was on the ground doing hard-hitting reporting on the plague while living its toll in the most intimate of ways. How to Survive a Plague is a definitive, long-awaited and essential account of the plague years - haunting and hopeful, devastating and uplifting. Incredibly important.' - Rebecca Skloot 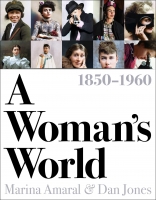