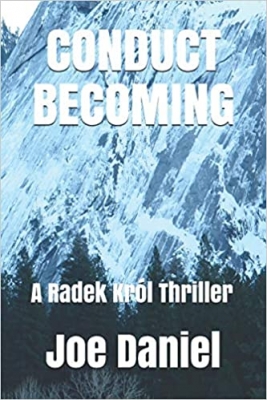 I think that ‘Conduct Becoming’ has a broad spectrum appeal and that if you enjoy narratives like James Bond and Mission Impossible, this may be the book for you.

‘Conduct Becoming’ by Joe Daniel is an espionage and action thriller with a plot filled with terrorism, corruption and trafficking. A suicide bombing in Rome has Polish Conter Intelligence on high alert and looking out for potential future attacks. Secret services are dispatched to investigate leads and discover what the motives of the bombings are and exactly who is involved. Along the way, more secrets and corruption are uncovered as the plot twists to a larger case on institutional corruption throughout the EU. This book is definitely one for fans of action, with difficult missions, drama and explosions as well as back against the wall fighting by Polish Special Forces Officer, Radek Król and UK MI6 Captains Matt Elliott and Alexandra Knott. The plotline switches from following this ‘off the books’ operation to following Ukranian MAFIA, adding to the cat and mouse feel within the plot, with the reader not quite knowing whether our western operatives will manage to come out of some scenarios unscathed. There is a romance element to the book between Król and Knott which I thought was woven into the wider narrative quite well, balancing out the high-octane action sections nicely. I think that ‘Conduct Becoming’ has a broad spectrum appeal and that if you enjoy narratives like James Bond and Mission Impossible, this may be the book for you.

A Rome bombing in Piazza Navona by “Inghimasi” - Abu Baker-Al Baghdad’s and Daish’s/ISIS’s suicide fighters leads to Poland’s Counter Intelligence suspecting other attacks will be forthcoming. Mukachevo, in South West Ukraine proves to be just a staging post in the Inghimasi’s journey from Syria, but the plot thickens with the involvement of Russian GRU Spetsnaz operatives, working with the Mafia. A chase across SW Ukraine and into Poland via the Carpathian Mountains follows. The Western `agents capture evidence of the GRU and Mafia working together, and later use this to destroy the alliance and restore justice. Romantic interest is provided by a very attractive MI6 Agent who becomes smitten by a highly decorated Polish Officer, and they later marry after she is seriously injured. A contemporary and involved story, whose time line is from early December 2018 until April 2019

What To Read After Conduct becoming 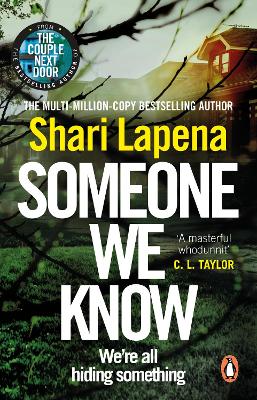