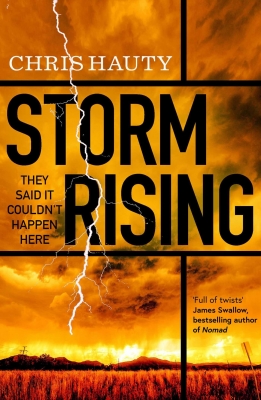 Intensely and gloriously entertaining, while being as provocative and thrilling as can be.  Operative Hayley Chill stumbles into a conspiracy to start a second civil war as she heads to Texas searching for answers about her father. This is the third in the Hayley Chill Thriller series which began with the glorious Deep State. I have to admit that I did wonder where we would go after Savage Road as the story itself was so immense. In Storm Rising, the focus changes slightly, we get to see and feel more for Hayley. While she has always sat centre stage, it has been the plot that has consumed. This really feels like a personal story, it is as much about her as it is the white supremacy conspiracy plot of the story. The prologue hits punch hard, and my attention didn’t flicker for the rest of the book. Author Chris Hauty really knows how to set a scene, to paint a picture that arrives in your minds eye ready to taunt, to provoke. I so enjoy the small moments of lives flitting in and out of the novel, foretelling of a future, giving hidden flesh to the story. Chris Hauty also excels in placing unexpected moments, from small to absolutely blimmin humongous in his books. Each so far has differed, and while we are lead towards one particular one in Storm Rising, it still affected me when it hit. Chosen as Liz Pick of the Month, Storm Rising offers a gripping new chapter for Hayley Chill I can recommend with my heart and soul.

Nationally bestselling author Chris Hauty leads fans into the depths of a dangerous white supremacy conspiracy that threatens to tear the country apart in his propulsive new thriller.

Former White House intern turned intelligence operative Hayley Chill is filling her time by training as an MMA fighter. When she's convinced to pursue the truth about her father's mysterious fate, she stumbles upon a ciphered document under the floorboards of her father's house.

With permission from her handler to probe deeper, she is led into a terrifying subculture of white supremacy within the United States military. As her investigation intensifies, she uncovers an expansive conspiracy to bring about the secession of several states from the country. It's up to Hayley to stop a second Civil War before it starts, while also confronting the ultimate truth about her own father's role in this harrowing chapter of American history.

What To Read After Storm Rising 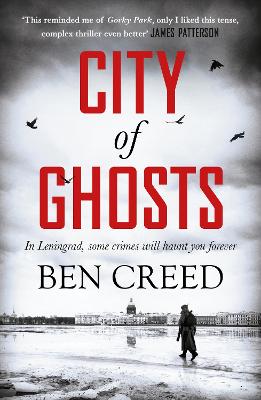 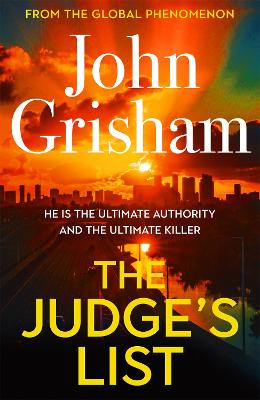 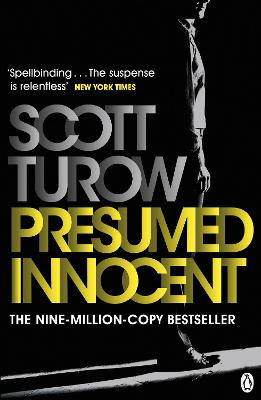 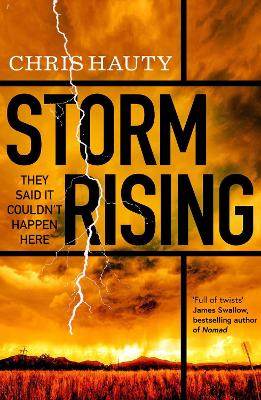 Chris Hauty is a screenwriter who has worked at all the major movie studios, in nearly every genre of film. He currently lives in Venice, California, in the company of a classic Triumph motorcycle and a feral cat. Deep State is his first novel. Photograph by Lauren Ehrenfeld Chris Hauty is also on Instagram @chrishauty Our first Author of the Month for 2020 is Chris Hauty. His debut novel Deep State is an addictive, action-packed, espionage thriller that has not only been selected as a Debut of the Month but has also been a Liz Robinson's Pick of the ...

View All Books By Chris Hauty