Live a Life to Die For

LoveReading Expert Review of Live a Life to Die For

An inspirational and entertaining autobiography.

Starting off by recounting his incredible journey to the North Pole, ‘Live a Life to Die For’ by Roger Davies is a really interesting autobiography. Roger’s life story and what a varied life he has led. Some of the achievements included in this book, as well as coming 5th in a race to the North Pole include: being a part of the highest rugby game, played on Everest, climbing Kilimanjaro, rowing the North Atlantic and being a charity worker in Africa. These adventures, challenges and life experiences would be sufficient to fill an autobiography in themselves. However, intertwined within these epic tales is the more human story of a life turned around, addictions and adversities overcome. Through this combination, and the order in which each part of the author’s story is revealed to the reader, you learn where the author developed the true grit, strength of character and determination to achieve what he has in later life. Because of this unique structure and the honest and open writing style you’re able to enjoy these highs of the adventures even more. An inspirational and entertaining autobiography.

Live a Life to Die For Synopsis

Welcome to my Adventures - Enjoy From the icy wastes of the North Pole to the vast expanse of the Sahara, from the stormy reaches of the Atlantic Ocean to the dizzying heights of Mount Everest, Live a Life to Die For is an adventure like no other. Roger Davies has rowed, trekked, raced - and played the odd game of weird rugby - across some of the most inhospitable terrain on the planet, and his epic story is packed with spills, thrills, high comedy and personal tragedy. But this book is much more than a great outdoors adventure; it is the story of one person's struggle to throw off the shackles of alcoholism, to come to terms with the after-effects of brutality and trauma, and to leave the grey margins of the criminal underworld behind him. Along the way, he meets an extraordinary cast of characters: the good, the bad, the heroic and the plain crazy. Join Roger on his quirky, unique journey, from thug, to charity worker in Africa, to record-breaking adventurer; and find out how he overcame the burden of his past and learned to Live a Life to Die For.

Peppered with comic observations from Howard's private letters, this book provides a uniquely personal insight into one of Britain's most remarkable characters. Becoming Mr Nice is the essential companion volume to Marks' million-copy-selling autobiography Mr Nice and a comprehensive, illustrated introduction to Howard Marks for a new generation. Becoming Mr Nice by Amber Marks is released on the 26th August and to celebrate, we're working with No Exit Press to offer a copy of the book and some official merchandise. This draw is open only for UK residents currently in the UK and is free to enter, multiple entries from the same email address will only be counted once. The draw closes on 3rd October 2021. Please ensure that the details you use to enter the competition will be correct at the time the competition ends. The winners will be notified as soon as possible.

What To Read After Live a Life to Die For 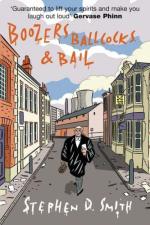 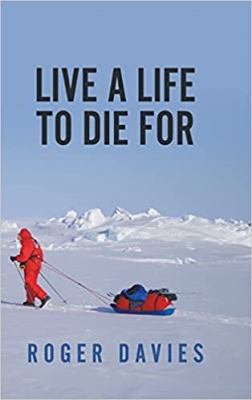 View All Books By Roger Davies