Structured Chaos The unusual life of a climber

'Mountains have given structure to my adult life. I suppose they have also given me purpose, though I still can't guess what that purpose might be. And although I have glimpsed the view from the mountaintop and I still have some memory of what direction life is meant to be going in, I usually lose sight of the wood for the trees. In other words, I, like most of us, have lived a life of structured chaos.'

Structured Chaos is the latest volume of memoirs from one of the world’s leading mountaineers. While it contains accounts of Alpine and Himalayan exploits at least equal to any of those in its predecessors, this a more wide ranging and contemplative work. From an early childhood in colonial Malaysia via a bleak Scottish boarding school and a haphazard introduction to rock climbing in the Avon Gorge to the lofty heights of the Karakoram and the presidency of the Alpine Club (although of course he’s too modest to mention the latter), Saunders’s focus is very much on the personalities, friendships and occasional frictions experienced during the ‘unusual life of a climber’.

The descriptions of the rigours, terrors and elations of high altitude climbing are leavened by a thread of understated but appealing lunacy running through the book including a brutal boxing match in a terrifying East End pub with his friend and climbing partner Mick Fowler, and the establishment of the longest continuous traverse in the British Isles; the 33 pitches of vertical mud and crumbling sandstone that is Reasons to be Fearful, a project described at the time by his co-ascentionist Phil Thornhill as “probably the silliest route on the silliest cliff ever climbed”.

Ultimately, however, the lasting impression is of the author’s infectious enthusiasm for the landscapes and the people he encounters as he pursues the obscure ambitions of the exploratory mountaineer. The book opens and closes with a quote from Colin Kirkus; “Going to the right place, at the right time, with the right people is all that really matters. What one does is purely incidental”. Whether he’s working his passage as the “oily rag” in the engine room of a cargo ship or being blown, inside a tent, across a glacier by a huge avalanche, it’s this world view which makes Saunders book such an engaging read. Sam Huby, climbing enthusiast

Structured Chaos The unusual life of a climber Synopsis

'Mountains have given structure to my adult life. I suppose they have also given me purpose, though I still can't guess what that purpose might be. And although I have glimpsed the view from the mountaintop and I still have some memory of what direction life is meant to be going in, I usually lose sight of the wood for the trees. In other words, I, like most of us, have lived a life of structured chaos.'

Structured Chaos is Victor Saunders' follow-up to Elusive Summits (winner of the Boardman Tasker Prize in 1990), No Place to Fall and Himalaya: The Tribulations of Vic & Mick. He reflects on his early childhood in Malaya and his first experiences of climbing as a student, and describes his progression from scaling canal-side walls in Camden to expeditions in the Himalaya and Karakoram.

Following climbs on K2 and Nanga Parbat, he leaves his career as an architect and moves to Chamonix to become a mountain guide. He later makes the first ascent of Chamshen in the Saser Kangri massif, and reunites with old friend Mick Fowler to climb the north face of Sersank. This is not just a tale of mountaineering triumphs, but also an account of rescues, tragedies and failures.

Telling his story with humour and warmth, Saunders spans the decades from youthful awkwardness to concerns about age-related forgetfulness, ranging from 'Where did I put my keys?' to 'Is this the right mountain?' Structured Chaos is a testament to the value of friendship and the things that really matter in life: being in the right place at the right time with the right people, and making the most of the view. 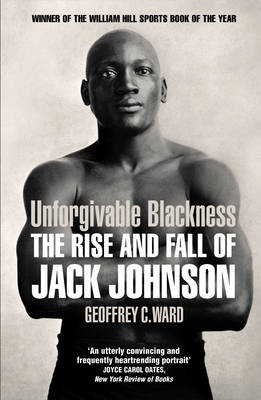 This book is not so much about achievements. It is about friendships, personalities, experiences and a journey through life. Whether it be harsh bullying at school, sweatshop labour in ships, saving lives, traversing mud cliffs or pushing boundaries in the Himalaya, his sharp prose weaves the different facets of his varied life into a vivid and immensely enjoyable read. Read on and be prepared to be left reeling at the breadth and number of intense experiences that he has squeezed in so far. And he is still going strong.  Mick Fowler 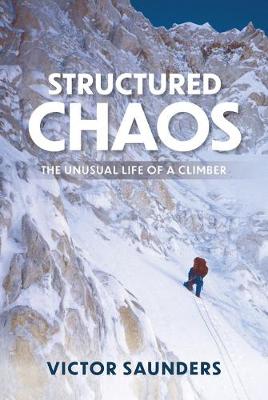 Victor Saunders was born in Lossiemouth and grew up in Malaya. He started climbing in the Alps in 1978 and has climbed in the Caucasus, India, Pakistan, Nepal and Bhutan. He became a UIAGM mountain guide in 1996 after a career as an architect in London. He relocated to Chamonix, France and became a member of the SNGM (National Syndicate of French Mountain Guides) in 2003. He has been on more than ninety expeditions in mountain ranges including the Himalaya and Karakoram, and estimates that he has spent seven years of his life under canvas. His previous books include Elusive Summits, which won ...

View All Books By Victor Saunders