Colony by Benjamin Cross is an action packed Arctic thriller that kicks off with a bang as we witness the death of a Neolithic hunter at the hands/claws of a mysterious creature. When Professor Callum Ross discovers the mummified remains he knows he must find out more, but there are other people out to stop him and something else seems to be watching.

I loved the descriptions of the setting and the work put into creating the backstory. Colony reminded me of a Indiana Jones / Nathan Drake plotline, as our archeologist protagonist puts work before his family, and sets out against competition to uncover the truth. I liked the way that the author built tension throughout as well as the brief moments of humour to lighten the atmosphere as I read. There were lots of twists and turns and I was eager to find out what would happen in the end.

I would say that Colony is a great book for those who like thrilling adventures with elements of horror, as well as tension filled reads set in the Arctic. An entertaining book.

A remote, mist-shrouded island in the Russian Arctic. Archaeology Professor Callum Ross makes the discovery of a lifetime: a prehistoric ice mummy preserved for thousands of years by the sub-zero temperatures. Only, they didn't die of natural causes...

As Callum races to unravel the mystery of the mutilated corpse, others race to sabotage the expedition, and he and his team are left stranded on the island. And they are not alone. Someone or something relentless is stalking them. As the arctic mist descends and the death toll rises, the team is thrust into a nightmare fight for survival, involving submarines, cyber warfare and Spetsnaz. But none of this can prepare them for the real terror that survives deep within the island’s heart: a secret so ancient it's been overlooked by time itself.

COLONY is an edge-of-your seat action thriller that will appeal to fans of Clive Cussler, James Rollins and Michael Crichton.

What To Read After Colony 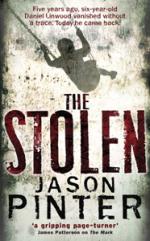 Benjamin Cross is an archaeologist and writer based in Carmarthenshire, Wales with an M.Phil. in Landscape Archaeology from the University of Oxford. As well as excavating archaeological sites across the UK, he's been lucky enough to explore some of the world's most spectacular ancient sites; from the temples of Cambodia to the Andean cloud forest cities of Peru; from the burial sites of the Tibetan plateu to the Maori strongholds of New Zealand. He is now an Associate Director of Heritage and Archaeology at a national consultancy and is a member of the Chartered Institute for Archaeologists. Colony is ...