Born under a blood moon, twin sister travellers, Kizzy - a brave, voluptuous bear dancer - and Lil - slight in frame and blessed with a beautiful voice – are captured after their camp is ransacked on the eve of their divining, the coming-of-age rite that would have seen them learn their fates. With many kinsfolk slain, the twins are enslaved by Boyar Valcar and set to work in the castle kitchens, where rumours about the notorious Dragon loom large over all the female slaves. Separated when Kizzy is snatched away, Lil escapes to search for her sister with Mira, a fellow slave. As they race against time to save Kizzy, encountering the terrifying strigoi (undead) along the way, powerful desires are awakened, which adds extra conflict as the story winds to its transfixing climax.

Driven by the sisters’ passion and revenge, loyalty and love, and powerful on the persecution of travellers, this is a dazzling female-focused reimagining of vampire legends, with the writing infused with a lyrical earthiness throughout.

Gothic, intoxicating, feminist, darkly provoking and deeply romantic - this is the breathtakingly imagined untold story of the brides of Dracula, by bestselling author Kiran Millwood Hargrave in her much-anticipated YA debut. 'A Chilling and breathlessly paced thriller... Feminism, spirituality, legend and desire are beautifully interwoven in this mesmerising tale of independence and resistance' - The Daily Mail They say the thirst of blood is like a madness - they must sate it. Even with their own kin. On the eve of her divining, the day she'll discover her fate, seventeen-year-old Lil and her twin sister Kizzy are captured and enslaved by the cruel Boyar Valcar, taken far away from their beloved traveller community. Forced to work in the harsh and unwelcoming castle kitchens, Lil is comforted when she meets Mira, a fellow slave who she feels drawn to in a way she doesn't understand. But she also learns about the Dragon, a mysterious and terrifying figure of myth and legend who takes girls as gifts. They may not have had their divining day, but the girls will still discover their fate... 'A feminist origin story of sisterhood, fate and survival certain to bewitch teenage readers and beyond' - Observer

What To Read After The Deathless Girls 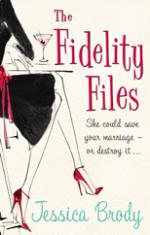 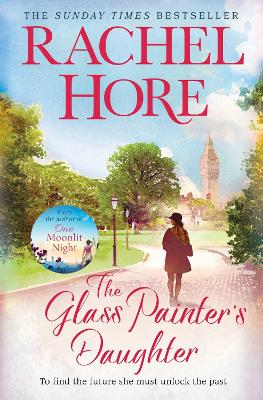 'Kiran Millwood Hargrave's lyrical novels have made her the darling of children's literary fiction. The Girl of Ink & Stars (2016), published when she was 26 and nominated for the Carnegie, is now a fixture on school reading lists. For her fourth novel, however, she leaves her primary school fans behind and plunges into the realms of teenage vampire fiction. The Deathless Girls tells the story of Dracula's brides, who are mentioned in Bram Stoker's 1897 novel but never individually named, and their origins are left unexplained. In Stoker's version, they are seductive vampire sisters who reside with the Count in his castle in Transylvania, repulsed by sunlight, entrancing men with their beauty and charm. It takes a bold author to pick up where Stoker left off, but Hargrave confidently claims the narrative for her own. The brides in her story are Lil and Kizzy, twin sisters from a band of Transylvanian travellers, who are brutally kidnapped on the eve of their 17th birthday and enslaved in the castle of the cruel Boyar Valcar. Lil initially finds comfort in her mysterious affinity with Mira, her fellow kitchen maid; but when Kizzy disappears - sent as a gift to the Voivode, as feudal lord who demands blood sacrifices from each Boyar - she must set out on a perilous quest to save her. Hargrave is an entrancing writer, who gets full mileage out of her Gothic milieu. Castle yards are red with slaughtered pigs ; and behind every mountain lurks a nightmarish villain: They call him the Dragon, because he razes whole villages that disobey his command. He is an evil man, with a black heart. Some say he's worse than a man, has no heart at all. But this is no mere pastiche. Hargrave is a deceptively modern writer, who finally invests Dracula's beleaguered brides with some feminist clout. - The Telegraph

Award-winning children's writer Kiran Millwood Hargrave makes her young adult debut in The Deathless Girls (Orion). It's a prequel, of sorts, to Bram Stoker's Dracula, the untold backstory of his brides, depicted here as sisters who are stolen from their traveller community. This isn't a bloodthirsty horror book - indeed, Dracula himself makes only a cameo appearance - but a feminist origin story of sisterhood, fate and survival certain to bewitch teenage readers and beyond. - The Observer

'A chilling and breathlessly paced thriller...Feminism, spirituality, legend and desire are beautifully interwoven in this mesmerising tale of independence and resistance.' - Daily Mail

The Deathless Girls tells the origin story for the 'Brides of Dracula' from a more feminist perspective. As always, Kiran Millwood Hargrave's writing is breathtaking. She writes the most sumptuous, beautifully-crafted children's books right now, so it's a thrill to see her move into YA. Her lyrical style contrasts wonderfully with the brutality now allowed to her with an older audience...Millwood Hargrave's tale sweeps way beyond the legend, taking on themes of difference, sisterhood and an LGBT romance - Those Precious Stolen Moments

This beautifully written gothic story had me gripped from the very start. I have loved Stoker's Dracula for many years and this is the perfect, feminist, reimagining of the 'dark sisters'. The female characters are strong and multi-faceted and their story is intoxicating. Millwood Hargrave has certainly achieved 'Bellatrix's admirable aims and gifted these women a life beyond Dracula's lines'. I highly recommend you sink your teeth into this captivating tale of bravery, passion, love and loss; you won't be able to put it down. - Armadillo Magazine

Kiran's book goes beyond just being a good old Transylvanian romp with Count Dracula and his brides. It is a multi-layered book about age- long divisions, whether expressed through Travellers and Settlers, wolves and bears, colour of skin, trust between friends, and even sisters. It is a story about loss and survival: the survival of love, loyalty, sisterhood, and hope. Kiran holds up a mirror into the world of Dracula, but in which we see our own world reflected back. - Jamila Gavin

A wonderful idea, brilliantly told, about the girls who end up being Dracula's brides. I literally could not put it down; in fact, I resorted to stirring porridge with one hand while holding Kiran's novel in the other. - Francesca Simon

The Deathless Girls is exquisitely written, as we have come to expect from Millwood Hargrave, but it is also riveting, intoxicating, and utterly unputdownable. - Louise O'Neill 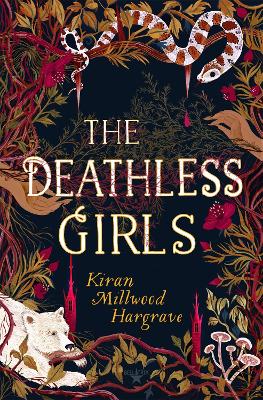