Mr Wilder and Me

LoveReading View on Mr Wilder and Me

This really is the most gorgeous read, it’s poignant, almost unassuming and gentle, yet capable of capturing and causing emotions to expand and explore. It’s 1977 and Calista joins a film set to act as interpreter for Hollywood director Billy Wilder. As Calista begins to experience the wider world, Wilder is aging and his influence is subsiding. Two tales are on offer here, the coming of age and waning star stories entwine and flow as one. Some Like It Hot, directed by Wilder is one of my all-time favourite films, so I was intrigued by the premise of this blend of fact and fiction. Jonathan Coe delves into the life of this influential and talented director, the acknowledgements and sources establish his research and recognise the specific incidents and quotations from Wilder. While the director is fascinating and absolutely compelling, it is Calista, as she remembers her past and looks to her future who allowed my thoughts to reach out and settle with new awareness. I really wasn’t expecting the last line, and it landed with exquisite delicacy and made me cry. I have quite fallen in love with Mr Wilder and Me, it sits as both a Liz Pick of the Month and LoveReading Star Book too.

Mr Wilder and Me Synopsis

In the heady summer of 1977, a naive young woman called Calista sets out from Athens to venture into the wider world. On a Greek island that has been turned into a film set, she finds herself working for the famed Hollywood director Billy Wilder, about whom she knows almost nothing. But the time she spends in this glamorous, unfamiliar new life will change her for good.

While Calista is thrilled with her new adventure, Wilder himself is living with the realisation that his star may be on the wane. Rebuffed by Hollywood, he has financed his new film with German money, and when Calista follows him to Munich for the shooting of further scenes, she finds herself joining him on a journey of memory into the dark heart of his family history.

In a novel that is at once a tender coming-of-age story and an intimate portrait of one of cinema's most intriguing figures, Jonathan Coe turns his gaze on the nature of time and fame, of family and the treacherous lure of nostalgia. When the world is catapulting towards change, do you hold on for dear life or decide it's time to let go?

Mr Wilder and Me Press Reviews

A full-blooded state of the nation novel - Sunday Times, on Middle England

The book everyone is talking about - The Times, on Middle England

Very funny. Coe is a writer of uncommon decency - Observer, on Middle England

Coe's back with a bang - Daily Telegraph, on Middle England

A comedy for our times - Guardian, on Middle England

Sparkles with all the acuity of his best novels . . . Uproarious and always on-the-money - Evening Standard, Books of the Year, on Middle England 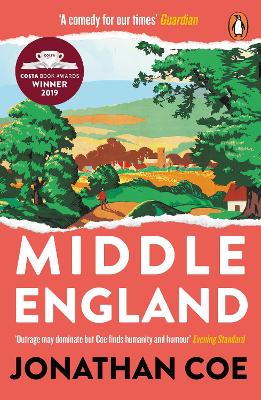 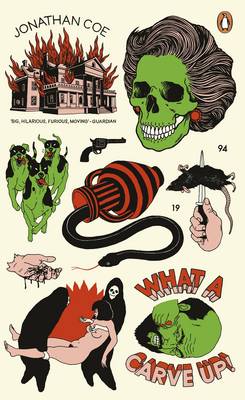