A Question of Time

Part of the The Snake Eater Chronicles Series

LoveReading Expert Review of A Question of Time

A riveting new spy thriller series set during the Cold War by a former US Army Special Forces and CIA operative.

A thrilling, riveting, and whip-smart novel that feels as though you are being served a slice of Cold War military history. When a CIA asset in East Germany is compromised, a team of unconventional warfare specialists are charged with extracting him. This is the first in the Snake Eater Chronicles by James Stejskal who spent 35 years in the US Army Special Forces and CIA. He is now an author (previously writing non-fiction), military historian, and conflict archaeologist. These stories are based in reality using his real-world experience and the author himself calls it “faction”. This is an absolutely fascinating read, all the cogs within the CIA and Special Forces machine spin into action. The Cold War history of Berlin, different characters, methods and processes are included and explained without upsetting the flow of what is a gripping story. I didn’t question, I quite simply read and believed. A Question of Time is a fabulous start to a series that promises to deliver in spades and it comes with a whopping thumbs up from me.

A Question of Time Synopsis

When the CIA's most valuable spy is compromised, the Agency realizes it does not have the capability to bring him to safety. If he cannot evade the dreaded East German security service, the result will be chaos and a cascade of failures throughout the Agency's worldwide operations.

Master Sergeant Kim Becker lived through the hell of Vietnam as a member of the elite Studies and Operations Group. When he lost one of his best men in a pointless operation, he began to question his mission. Now, he is serving with an even more secretive Army Special Forces unit based in Berlin on the front line of the Cold War.

The CIA turns to Becker's team of unconventional warfare specialists to pull their bacon out of the fire. Becker and his men must devise a plan to get him out by whatever means possible. It's a race against time to prepare and execute the plan while, alone in East Berlin, the agent must avoid his nemesis and play for time inside the hostile secret service headquarters he has betrayed.

One question remains - is the man worth the risk?

What To Read After A Question of Time 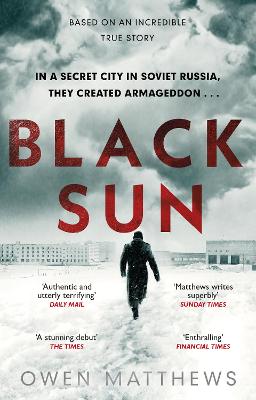 Fiction that reads like fact. Boots on the ground, real-life drama, rich with details only an insider could write... an outstanding book. --John Stryker Meyer, MACV SOG Veteran and Author of Across The Fence: The Secret War in Vietnam

Stejskal, who served 35 years with the U.S. Army Special Forces and the CIA, convincingly describes the mission's progress, and does a good job building suspense even if the outcome is never in doubt. Fans of realistic espionage fiction will look forward to the sequel. -- Publishers Weekly

More than a good story, this tale is action packed yet firmly grounded in the real history of the Cold War. A Question of Time will grab you, immerse you in the times, and leave you ready for more. -Lieutenant General Charlie Cleveland, Commanding General, US Army Special Operations Command 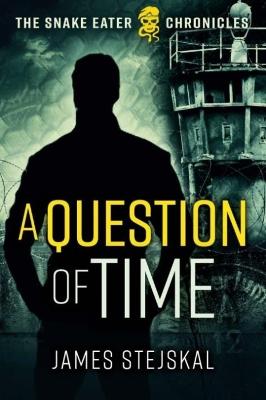 James Stejskal is a historian. To get background for his stories, he served 35 years with US Army Special Forces and the Central Intelligence Agency in many interesting places overseas. He is the author of the definitive history of Special Forces Berlin Clandestine Cold War Operations of the US Army's Elite, 1956-1990 and Masters of Mayhem: Lawrence of Arabia and the British Military Mission to the Hejaz. He lives in northern Virginia. This is his first novel.

View All Books By James Stejskal