LoveReading View on The Bourne Identity

The Bourne Identity is one cracking start to a truly fabulous trilogy. I have read all of Robert Ludlum’s books, including the Bourne Trilogy, and they sit on my shelves just waiting for the next time I re-read them. Robert Ludlum had a truly masterly hand, his novels are action-packed, full of intrigue, and feel completely believable even when allowing the reader to truly escape this world.

He has no past. And he may not have a future...

The first in the Jason Bourne series from internationally bestselling author Robert Ludlum: 'the world's most read writer' GQ He was dragged from the sea, his body riddled with bullets. There are a few clues: a frame of microfilm surgically implanted beneath the skin of his hip; evidence that plastic surgery has altered his face; strange things he says in his delirium, which could be code words. And a number on the film negative that leads to a bank account in Zurich, four million dollars and a name for the amnesiac: Jason Bourne.

Now he is running for his life. A man with an unknown past and an uncertain future, the target of assassins and at the heart of a deadly puzzle. He's fighting for survival and no one can help him - except the one woman who once wanted to escape him... 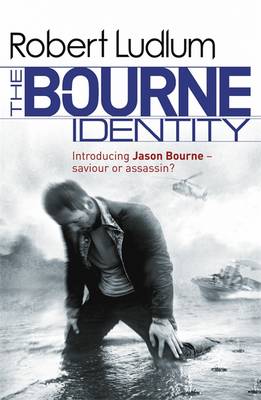 After a successful career in the theatre, Robert Ludlum launched his career as a best-selling writer with THE SCARLATTI INHERITANCE in 1971, the first of twenty-two consecutive international bestsellers. Robert sadly passed away in March 2001.

View All Books By Robert Ludlum