Just that little bit different (in fact strikingly different), Mexico Street challenges preconceptions and society issues, ensuring a full-on fabulous read. German public prosecutor Chastity is back, this time investigating a series of arson attacks that lead to the death of a man linked to criminal gangs. One thing to note straightaway is that I really feel you do need to have read the others in the Chastity Riley series to fully enjoy this one, otherwise too much would be unexplained and you would have to sprint like heck to keep up. Start with Blue Night, followed by Beton Rouge, both equally readable and also translated with surety by Rachel Ward. As usual Simone Buchholz snared my attention from the get-go. The words stormed my senses, falling like a sword and I found myself on full alert. Short, sharp, shocks of chapters hit, with the chapter headings almost creating their own story. Mexico Street, full of sparks and quirks, is 227 pages of wonderful. Adding to the series beautifully, I just had to include it as one of my Liz picks of the month.

Hamburg state prosecutor Chastity Riley investigates a series of arson attacks on cars across the city, which leads her to a startling and life-threatening discovery involving criminal gangs and a very illicit love story…

Night after night, cars are set alight across the German city of Hamburg, with no obvious pattern, no explanation and no suspect.

Until, one night, on Mexico Street, a ghetto of high-rise blocks in the north of the city, a Fiat is torched. Only this car isn’t empty. The body of Nouri Saroukhan – prodigal son of the Bremen clan – is soon discovered, and the case becomes a homicide.

Public prosecutor Chastity Riley is handed the investigation, which takes her deep into a criminal underground that snakes beneath the whole of Germany. And as details of Nouri’s background, including an illicit relationship with the mysterious Aliza, emerge, it becomes clear that these are not random attacks, and there are more on the cards…

What To Read After Mexico Street 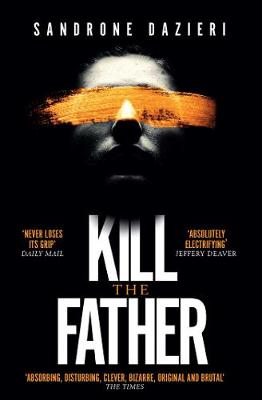 ‘Reading Buchholz is like walking on firecrackers. Her prose crackles with wit and off-kilter observation. Mexico Street finds her prosecutor-heroine Chastity Riley on the brink of an existential crisis, self-medicating with fags, booze and as much human contact as she can bear. The plot, which concerns the murder of the prodigal son of a Mhallami clan, is both gripping and achieves an emotional resonance that transcends the genre. It’s her finest book yet to appear in English. Truly a unique voice in crime fiction’ Graeme Macrae Burnet

‘A stylish, whip-smart thriller set in Hamburg, where burning cars soon contain burning bodies, and Public Prosecutor, Chastity Riley finds herself in the midst of what could be a gang war. Go read’ Russel McLean