Noah Jake has seen dead bodies before but when a young woman falls to her death from a London tower block, landing in the bonnet of his car, everything changes for him. Has he witnessed an accident, suicide, or something worse? Whichever, it affects him deeply.

London's young people are being trafficked into gangs, exploited, and killed. Thirteen-year-old Raffa Jordan was shot in the street, an innocent bystander in a gang war, or so it seems. It looks as if Samantha Haile is just the latest victim in the wave of violence sweeping the city. Only Noah feels the need to treat her differently, to chase down the truth of what happened that day.

Marnie Rome wants to help, but even she cannot grasp why Noah is risking so much for the sake of this stranger he never knew. As Marnie finally finds peace with her own past, she is faced with the far harder task of bringing Noah back from the brink of self-destruction.

Compulsive and page-turning -- Melanie McGrath Magnificent -- Alex Marwood Heartbreaking, tense, intelligent storytelling from a writer at the top of her game. You won't get better writing than this - Live and Deadly blog

Tough, tender, absolutely terrifying -- Erin Kelly Sarah Hilary is going to be up there with the likes of Ruth Rendell, PD James and Val McDermid, as a game changer of British crime fiction - Crime Review

The Marnie Rome stories are clever and sharp, but they also have the most incredibly emotional depth and clarity. I adored it -- Joanna Cannon Addictive, chilling and beautifully written. The timely story pulls you in deep -- Will Dean Never Be Broken gloriously demonstrates that modern crime fiction really isn't all about the murders -- Val McDermid Deeply contemporary, painfully real, heartbreakingly good -- Mick Herron [A] searing perceptive novel - Observer 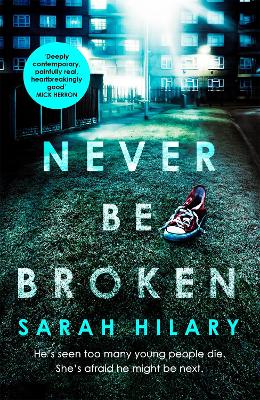 Sarah Hilary's debut novel SOMEONE ELSE'S SKIN won the Theakstons Old Peculier Crime Novel of the Year 2015. It was the Observer's Book of the Month ('superbly disturbing'), a Richard & Judy Book Club bestseller, and has been published worldwide. NO OTHER DARKNESS and TASTES LIKE FEAR continue the DI Marnie Rome series with QUIETER THAN KILLING to follow in early 2017. Sarah lives in Bath. Sarah lives in Bath.   Author photo © Linda Nylind 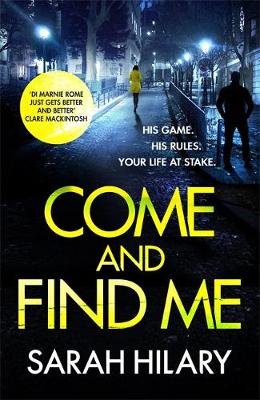