The Leaves of Fate

LoveReading View on The Leaves of Fate

The Leaves of Fate follows on immediately from The Dragons of the Storm. Focusing more on John Smith's concentrated effort to get back to America, and news of Jamestown and it's inhabitants sent in letters. I did find that Drake's presence still lingered throughout this book as a spectre and ideal figure for voyaging and exploration despite his stories being completed in the earlier book. Again, as this is an audiobook the audio quality was very good and Nigel Gore's reading is as clear and brilliant as before. The tone and language are the same as The Dragons of the Storm so I won't comment on them again. If you are looking for an epic about the Elizabethan and Jacobite explorations of the Americas and the war with Spain then this is the book for you. It's a good read for anyone who enjoys "the classics" (Shakespeare, Dickens, Homer) and it's also a great book for anyone who is discovering the real (although I haven't checked how accurate this account is) story of John Smith, as I was. A brilliant end to what I would describe as an epic mariner's tale.

The Leaves of Fate Synopsis

As the celebration continues for the 400th anniversary of the founding of the Jamestown colony, so does the story of Captain John Smith. As his story progresses through the final volume, the reader finds Smith under threat of death by his enemies at Jamestown. Plots of his assassination in the air, he escapes to encounter Henry Hudson on his explorations.

The final volume of George Robert Minkoff’s In the Land of Whispers trilogy, “The Leaves of Fate,” now available as an audiobook, comes to life through the dramatic reading of renowned Shakespearean actor, Nigel Gore.

Between 1610 and 1630, the Jamestown settlement in the English colonies begins to take shape. The colonists leave the safe confines of the walled-in town and establish farms nearby, growing the popular cash crop, tobacco. Infringing on the lands held by the local Native Americans causes a series of conflicts between the white settlers and the local tribes.

Pocahontas’s marriage to John Rolfe, who physically resembles John Smith, brings peace between the tribes and the English. Smith is isolated in England writing his stories of his Jamestown experiences. His reunion with the dying Pocahontas in London is brief and bittersweet. In the silence of their last parting there is the devastating realization for both of what might have been. Intermingled with these current events is Smith’s remembrance of his discussions with Jonas Profit, an alchemist and a sailing mate of Sir Francis Drake. Drake’s last encounters with the Spanish and his last attacks on the Spanish colonies are also revealed.

All the while, Smith is receiving reports of the growing corruption in Jamestown, and the colonies move inexorably toward becoming a slave economy built around the cultivation of tobacco. The novels that comprise In the Land of Whispers are the chronicles of the first two generations of the English in the New World. In fact, the trilogy is a chronicle of the rarely discussed relationship of the Elizabethan Age with alchemy.

George Minkoff is a very talented writer whose use of English is similar to that of a Shakespearean sonnet. 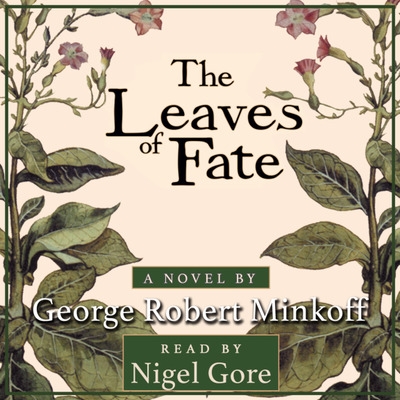