Under A Dancing Star

LoveReading Expert Review of Under A Dancing Star

Set in the 1930s and inspired by Much Ado About Nothing, this thrilling feast of coming-of-age edginess is giddy with the glamour of freethinking artists, and tingles with romantic tension.

Constrained by her life in England, aspiring natural historian Bea constantly battles her parents’ attempts to marry her off: “As far as my parents are concerned, daughters aren’t a terribly useful asset. I’m not supposed to go out in the world and actually do things.” But being “too big, too loud, too clever – too much”, Bea has her own ideas about her future, which she’s able to embrace when she’s sent to stay with her wealthy uncle in Italy and discovers with glee that “things at Villa di Stelle might not be so respectable after all.”

Among the villa’s vibrant collective of artists is handsome painter Ben, and sparks fly between he and Bea from the off. A lighthearted challenge sees them set out to enjoy a summer romance without falling in love, until events at a decadent party to invoke rain turn out to be explosive in more ways than one. As the heavens crack open, fireworks fly between Ben and Bea and their lives will never be the same again. Alongside Bea’s awakening of body and heart, she also realises that she cannot return to her previous life. She wants what the artists’ have: an “all-consuming passion for their work...a purpose, a vocation.” With the conflict between her free-spirited nature and societal constraints exacerbated by her Italian experiences, with the world now opened up to her, the gateway cannot be closed.

The author’s Great Gatsby-esque A Sky Painted Gold was a 2018 favourite of mine, and this is every bit as bathed in coming-of-age hope and a sense of being on the brink of something special.

Under A Dancing Star Synopsis

In grey, 1930s England, Bea has grown up kicking against the conventions of the time, all the while knowing that she will one day have to marry someone her parents choose - someone rich enough to keep the family estate alive. But she longs for so much more - for adventure, excitement, travel, and maybe even romance.

When she gets the chance to spend the summer in Italy with her bohemian uncle and his fiancee, a whole world is opened up to Bea - a world that includes Ben, a cocky young artist who just happens to be infuriatingly handsome too. Sparks fly between the quick-witted pair until one night, under the stars, a challenge is set: can Bea and Ben put aside their teasing and have the perfect summer romance? With their new friends gleefully setting the rules for their fling, Bea and Ben can agree on one thing at least: they absolutely, positively will not, cannot fall in love...

A long, hot summer of kisses and mischief unfolds - but storm clouds are gathering across Europe, and home is calling. Every summer has to end - but for Bea, this might be just the beginning.

What To Read After Under A Dancing Star 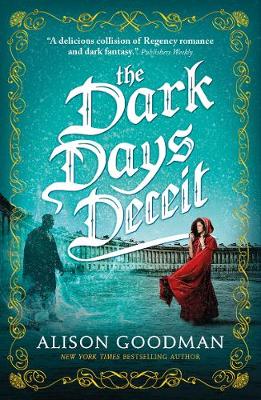 Praise for A Sky Painted Gold;

Laura Wood is the winner of the Montegrappa Scholastic Prize for New Children’s Writing. Her first YA novel A Sky Painted Gold was shortlisted for the 2019 YA Book Prize, 2018 BAMB Readers’ Awards and the 2019 Romantic Novelists’ Association’s Awards. She is also the author of the critically acclaimed Vote for Effie and the Poppy Pym series for younger readers.

View All Books By Laura Wood