LoveReading View on This Mortal Boy

Albert Black, known as Paddy, and later as the “jukebox killer”, was the penultimate person to be hanged in New Zealand at the age of twenty-five. Paddy came to New Zealand from Ireland, a sparky young man seeking a new life in a new land. Then, after killing another young man during a fight, a weighted court case sees him sentenced to death for murder.

The events that led to the fatal stabbing are told from the engrossing and varied viewpoints of multiple witnesses, both on the stand and in real time. The lives of the jurors are explored too, their backgrounds, what makes them tick, how they’re biased against, or in favour of, the accused regardless of evidence or fact, from the “He’s an Irishman. Taking our girls,” comment of Wayne the gas fitter, to the sympathetic butcher who points out that “if someone’s not like you, you don’t want to know”. The ethics of the death penalty are explored too. As one juror remarks, “I cannot believe we’ve earned the right to decide who should live and who should die”, as is political history, the social history of Irish migrants forging new lives as ten-quid Poms, and the personal plight of Paddy’s mother back home who starts a petition and writes to the New Zealand High Commissioner and the Queen. As the case progresses (with prejudice against outsiders deftly explored and powerfully prescient), the novel lays bare how some individuals stand firm in their convictions  while others crumble, and how anyone’s convictions might crumble when circumstances collude and collide. A love story unfolds too, which takes an unexpected and deeply poignant turn.

Author Fiona Kidman is a highly-regarded recipient of many literary awards and honours in her native New Zealand and this affecting novel more than showcases her exquisite talent.

The offender is not one of ours. It is unfortunate that we got this undesirable from his homeland.

Auckland, October 1955. If young Paddy Black sings to himself he can almost see himself back home in Belfast. Yet, less than two years after sailing across the globe in search of a better life, here he stands in a prison cell awaiting trial for murder. He pulled a knife at the jukebox that night, but should his actions lead him to the gallows? As his desperate mother waits on, Paddy must face a judge and jury unlikely to favour an outsider, as a wave of moral panic sweeps the island nation.

Fiona Kidman's powerful novel explores the controversial topic of the death penalty with characteristic empathy and a probing eye for injustice.

Winner of the New Zealand Booklovers' Prize for Fiction 2019

'In This Mortal Boy, Fiona Kidman has written an intensely human and empathetic story' The Ockham Book Awards

`Like Hilary Mantel, she writes with acute observation and attention to detail, getting inside the skin of her characters to establish a deeper truth about their thoughts and feelings than any official record can.' New Zealand Books

Praise for All Day at the Movies:

`It is a universal and honest book and one I'm sure you'll want to share and discuss. (...) What you get when reading All Day at the Movies is an intimate portrait of one family over time, trying to reach back to the past for some fragment of understanding.' San Francisco Book Review

`A credible reflection of real life with many relatable issues, All Day at the Movies proves that Kidman is a masterful storyteller'. The Lady

`A truly gifted writer. She explores the subtleties of human interaction and family with a deft and insightful hand.' Trip Fiction

Praise for Songs from the Violet Cafe:

`Kidman, a poet, is a beautiful writer' The Times

`Readers are in good hands; like all Kidman's writing, it is engaging and captivating' The Lady

`Fiona Kidman has written a subtle, intensely wrought novel of echoes and shadows falling across decades and continents. The interwoven lives emerge and disappear with the abrupt clarity of memory. Stark and unsentimental in its acceptance of dependence, warm and haunting about lives never quite -but almost-reclaimed.' Janet Todd, author of A Man of Genius

Praise for The Infinite Air:

`A gripping historical read' Woman's Own

`A sweeping saga of a fascinating life and an entertaining insight into the early days of aviation.' Historical Novel Society

'What a character arc Jean Batten's life offers. Her progress and regress, from literally soaring achievement to huddled isolation, from heroine to recluse, is the stuff of which novels should be made. So Fiona Kidman has made one ... It's a given that Kidman couldn't produce a poor paragraph if she tried to and this is a narrative that - I have to say it - takes wing.' New Zealand Herald 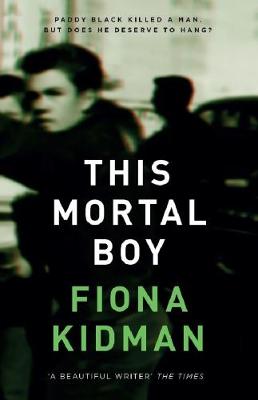 View All Books By Fiona Kidman