A satirical spoof on air travel from this fantastic writer. Just think Gulliverâ€™s travels meets Hitchhikerâ€™s Guide to the Galaxy

A satirical, at times hilarious spoof on air travel by one of the world's most elegant writers.

ARMCHAIR TRAVEL FOR THE MIND:

It was Sita Dulip who discovered, whilst stuck in an airport, unable to get anywhere, how to change planes - literally. With a kind of a twist and a slipping bend, easier to do than describe, she could go anywhere - be anywhere - because she was already between planes . . . and on the way back from her sister's wedding, she missed her plane in Chicago and found herself in Choom.
The author, armed with this knowledge and Rornan's invaluable Handy Planetary Guide - although not the Encyclopedia Planeria, as that runs to forty-four volumes - has spent many happy years exploring places as diverse as Islac and the Veksian plane.

CHANGING PLANES is an intriguing, enticing mixture of GULLIVER'S TRAVELS and THE HITCH HIKER'S GUIDE TO THE GALAXY; a cross between Douglas Adams and Alain de Botton: a mix of satire, cynicism and humour by one of the world's best writers. 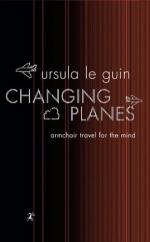 Ursula Le Guin was one of the finest writers of our time. Her books have attracted millions of devoted readers and won many awards, including the National Book Award, the Hugo and Nebula Awards and a Newbury Honor. Among her novels The Left Hand of Darkness, The Dispossessed and the six books of Earthsea have already attained undisputed classic status; and her latest series, the Annals of the Western Shore is joining them. She live in Portland, Oregon and died in January 18. Here is a tribute by her publisher, Malcolm Edwards: You may well already have seen the news &... 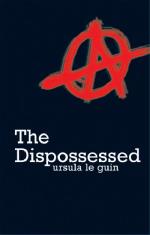