Lincoln in the Bardo

LoveReading View on Lincoln in the Bardo

Unfolding over a single night, Lincoln in the Bardo is written with George Saunders' inimitable humour, pathos and grace. Here he invents an exhilarating new form, and is confirmed as one of the most important and influential writers of his generation. Deploying a theatrical, kaleidoscopic panoply of voices - living and dead, historical and fictional - Lincoln in the Bardo poses a timeless question: how do we live and love when we know that everything we hold dear must end?

Commenting on how it felt to be Longlisted for the Man Booker Prize, George Saunders said:  "It has really been something, to be in such remarkable company. This group of books, coming at this moment in our history, is so cheering to me. It is important to be reminded, in this time of quick snark, purposeful evasion, and aggressive demagoguery, that there is another and higher mode of human expression that thrives on patience, revision, ambiguity, complexity, precision of language, and empathy".

You can read the full interview on the Man Booker webiste here.

Lincoln in the Bardo Synopsis

`It would be an understatement to call this novel an extraordinary tour de force' Sunday Times The extraordinary first novel by the bestselling, Folio Prize-winning, National Book Award-shortlisted George Saunders, about Abraham Lincoln and the death of his eleven year old son, Willie, at the dawn of the Civil War The American Civil War rages while President Lincoln's beloved eleven-year-old son lies gravely ill. In a matter of days, Willie dies and is laid to rest in a Georgetown cemetery. Newspapers report that a grief-stricken Lincoln returns to the crypt several times alone to hold his boy's body. From this seed of historical truth, George Saunders spins an unforgettable story of familial love and loss that breaks free of realism, entering a thrilling, supernatural domain both hilarious and terrifying. Willie Lincoln finds himself trapped in a transitional realm - called, in Tibetan tradition, the bardo - and as ghosts mingle, squabble, gripe and commiserate, and stony tendrils creep towards the boy, a monumental struggle erupts over young Willie's soul.

Lincoln in the Bardo Press Reviews

George Saunders's brilliant debut novel about a grieving Lincoln confirms him as a literary star ... To read Saunders's fiction is to be dazzled by ingenuity, imagination and searing comic verve ... A tender but trenchant reminder that America is and always has been many-voiced: not one story, but millions   Sunday Times

A luminous feat of generosity and humanism... Such is Saunders's magnificent portraiture that readers will recognize in this wretchedness and bravery aspects of their own characters as well -- Colson Whitehead  New York Times

The most strange and brilliant book you'll read this year ... Riotously imagined ... So intimate and human, so profound, that it seems like an act of grace    Financial Times

Dazzling and disorientating ... As you turn the pages of this remarkable novel it starts to feel uncannily like a hinge in American history   The Times

It would be an understatement to call this novel an extraordinary tour de force ... Steeped in morality, it's a master-feat of vitality   Sunday Times

A breathtakingly agile narrative ... A brilliant, exhausting, emotionally involving attempt to get up again, to fight for empathy, kindness and self-sacrifice, and to resist -- Alex Clark   Observer

A surreal metaphysical drama about grief and freedom ... A father-son narrative that is both hilarious and haunting -- Johanna Thomas-Corr

Saunders's extraordinary verbal energy is harnessed, for the most part, in the service of capturing the pathos of everyday life ... It is Saunders's beautifully realized portrait of Lincoln - caught at this hinge moment in time, in his own personal bardo, as it were - that powers this book -- Michiko Kakutani  New York Times

Lincoln in the Bardo has great matters on its mind: freedom and slavery, the spirit and the body. But it is, finally, about Abraham Lincoln, that great spectral presence in a whole subgenre of American fiction  New Yorker

Must be one of my favourite novels. What a warm, kindhearted and radical piece of writing. Such delicacy, such serious wit. I love it -- Max Porter

A historical novel like no other - a supernatural ensemble extravaganza of awesome intricacy and somewhat perplexing purpose ... A feat of style ... A polyphonic spree that spins the head -- Anthony Cummins   Daily Telegraph

Strange, profound, melancholy ... In the final of Lincoln of the Bardo, the realities of death and loss are faced head-on ... Historical fiction will never be the same  Newsday 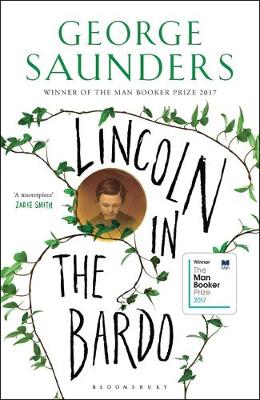 At one point a geophysical engineer, MacArthur Fellowship winner George Saunders is an acclaimed writer of short stories, essays, novellas and children's books. His work includes the story collections CivilWarLand in Bad Decline, a finalist for the 2006 PEN/Hemingway Award, Pastoralia and In Persuasion Nation, one of only three finalists for The Story Prize in 2006. He has also won prizes for his bestselling children's book The Very Persistent Gappers of Frip, has written a book of essays entitled The Brain-Dead Megaphone and his most recent collection, Tenth of December, is a New York Times bestseller. He currently teaches Creative Writing ...

View All Books By George Saunders