The Sun is Also a Star

LoveReading Expert Review of The Sun is Also a Star

December 2016 NewGen Book of the Month.

In a Nutshell: Race against time | Racing hearts | The difference a day makes |   Intense tale of fate, fraught families and migrant lives told over the twelve hour period in which a teenage girl falls madly in love while desperately seeking to save her family from deportation.

Natasha has been making solitary pilgrimages to the US Citizenship and Immigration Services office for some time, but time has all but run out. On this morning’s last ditch visit the worst is confirmed: she and her family must return to Jamaica in ten hours. “What about college?” she pleads. “Do you have any idea what it’s like not to fit in anywhere?” While she's angered by the officer’s naïve assumption that her life will turn out irie in Jamaica, he offers Natasha a lifeline when he sets up a meeting with a top attorney, and so she sets off across New York to meet him.

Meanwhile, Daniel’s story begins to unfold. Born in the US to South Korean migrants, Daniel is on his way to an interview for Yale when he’s smitten by a girl he happens to see. That girl is Natasha, and their attraction is mutual, and strong. But Natasha believes in science, not in “unprovable” things like love, though she can’t deny her rapidly intensifying feelings for Daniel. But it’s not long before Natasha has to meet the lawyer, and Daniel has his interview and so they must part. Then a combination of snap decisions and chance throws them back together, and they fall deeper in love as time ticks down.

I adored the author’s debut, Everything, Everything, and this confirms her status as a writer of considerable talents. Expansively thought-provoking, incisively told and breathtakingly smart on love, identity and the shifting relationships between young adults and their parents, this is YA at its finest, and its exploration of migrant experiences (“for most immigrants, moving to the new country is an act of faith”) is insightful and timely.  ~ Joanne Owen

The Sun is Also a Star Synopsis

The dazzling new novel from Nicola Yoon, the New York Times bestselling author of Everything, Everything. Natasha: I'm a girl who believes in science and facts. Not fate. Not destiny. Or dreams that will never come true. I'm definitely not the kind of girl who meets a cute boy on a crowded New York City street and falls in love with him. Not when my family is twelve hours away from being deported to Jamaica. Falling in love with him won't be my story. Daniel: I've always been the good son, the good student, living up to my parents' high expectations. Never the poet. Or the dreamer. But when I see her, I forget about all that. Something about Natasha makes me think that fate has something much more extraordinary in store - for both of us. The Universe: Every moment in our lives has brought us to this single moment. A million futures lie before us. Which one will come true?

What To Read After The Sun is Also a Star 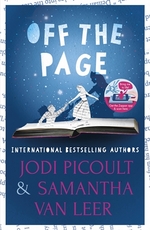 The Sun is Also a Star Reader Reviews

Some of our Lovereading Reader Review Panel were lucky enough to read and review Nicola's debut novel, Everything, Everything. You can read their full reviews by clicking here.

“Lyrical and sweeping, full of hope, heartbreak, fate. . . and the universal beating of the human heart." — Booklist, starred review

"A moving and suspenseful portrayal of a fleeting relationship." — Publisher's Weekly, starred review

“Yoon manages a love story that is smart without being cynical, heartwarming without being cloying, and schmaltzy in all the best ways.” — The Bulletin of the Center for Children’s Books, Starred Review 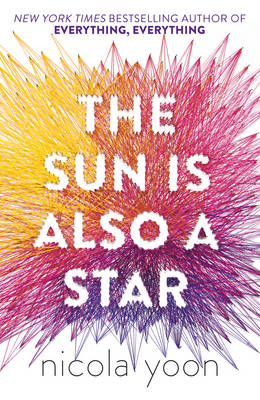 Nicola Yoon is the number one New York Times bestselling author of Everything, Everything. She grew up in Jamaica and Brooklyn and currently lives in Los Angeles with her husband and daughter. She’s also a hopeless romantic who firmly believes that you can fall in love in an instant and that it can last forever. Follow Nicola Yoon on Instagram https://www.instagram.com/nicolayoon/ and Tumblr https://www.nicolayoon.com/#welcome-new.

View All Books By Nicola Yoon